THE REDJAC CHRONICLES: "A NOVEL WAY TO DIE"

"I love humans.
They always see patterns in things that aren't there."
The Doctor
"Doctor Who" (TV movie)
And here's part two of our "Two for Tuesday" entry into the Redjac Chronicles....

In an earlier post about Inspector Abberline, I mentioned an episode of 'The Veil' about "Jack The Ripper". I said that it was a fabrication on the part of that master serlinguist, Boris Karloff. (Karloff was not only a serlinguist for 'The Veil', but also for 'Thriller'.) 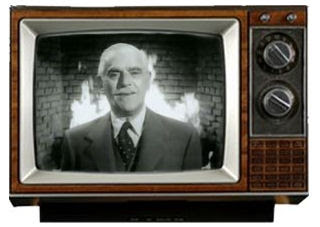 But then I thought I had been too harsh in that assessment, that since I had found room for all of the other Ripper wannabe's, even "The Beast" put down by 'Special Unit 2', then couldn't a place be found in the Redjac Chronicles for clairvoyant Walter Durst and insane medical man Dr. G. R. Willowden? 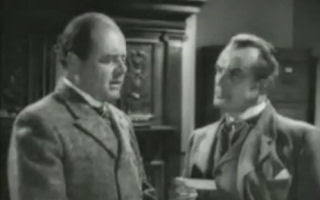 My first inclination was to make Dr. Willowden responsible for the death of Frances Coles. Since Willowden was never seen in that episode of 'The Veil', we could then claim Nicholas Day's portrayal of the Ripper in 'Goodnight, Sweetheart' was that of the doctor. But the fates of both characters are too different to be reconciled.

Ultimately, I decided I made the right choice. Too much of the "Jack The Ripper" story in 'The Veil' was repeated elsewhere in the Chronicles, so I thought it best to leave it as a roman a clef tale of Toobworld.

There are several TV series that fall in the category of "Tales Of Toobworld". (I'm not talking about the hundreds of adaptations of real world books.) These are the visualized versions of books that only exist within the TV Universe.


Here are three examples of the Tales of Toobworld: 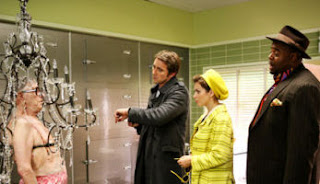 "PUSHING DAISIES" - This example is of a novel come to life with occasional narration by the author (an unknown character who sounds rather suspiciously like the actor Jim Dale.) The story of Ned the Pieman and his living dead girlfriend could thus be fictional or based on "real life". And as such, the characters we saw onscreen may not have really looked as they did in "real life". 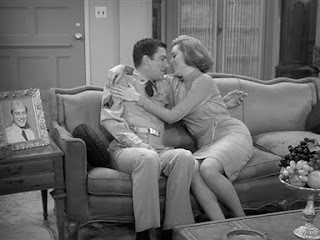 (The precedence for this is the character Dorothy in the "Will You Two Be My Wife?" episode of 'The Dick Van Dyke Show' - one of several chapters from Rob Petrie's novel-in-progress as seen on the show. As played by Barbara Bain, she is of course, gorgeous! But in Rob's reality, her real name was Daphne and she was short and dumpy and spoke with a lisp.)

In fact, I like the idea that Chi McBride's private eye character Emerson Cod (a rather fishy nom de plume - sorry about that, Chief!) was actually a "nom de toob" version of bounty hunter Salathiel Harms, played by Rosey Grier in two episodes of 'Kojak'. 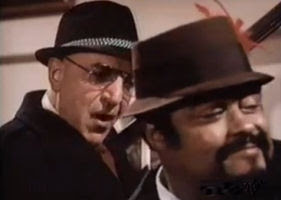 "BURN NOTICE" - What we see each week on screen in this second example is the next chapter in the autobiography of Michael Westen, former spy. Since he was narrating, the characters on screen were extremely close approximations of his family, friends, enemies, and clients. 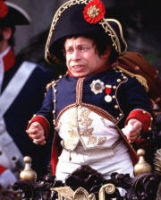 "JACK OF ALL TRADES" - This last example has no narration, but because of the events depicted in the series, it had to be a fictional story! The South Seas adventures of colonial spy Jack Styles in 1801 may have had a kernel of toobish truth to it, but that was smothered by the Jack-pack of lies. Allegedly, Jack Styles met Ben Franklin and Catherine the Great - years after they died; Lewis and Clark showed up looking like escapees from Rob Zombie's version of "Deliverance"; and Napoleon Bonaparte was a midget.


Why all this balderdash? I think Jack Styles was such a womanizer that he contracted syphilis and was insane by the time he wrote his memoirs. 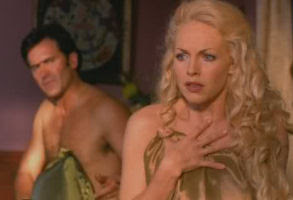 It will be the contention of Toobworld Central that the characters in this story were the roman a clef versions of people who actually were involved in the Ripper case - Walter Durst the clairvoyant is based on psychic Robert Lees; Chief Inspector McWilliam is the stand-in for Frederick Abberline; and although never seen, Dr. Willowden would be Dr. Sir William Withey Gull. 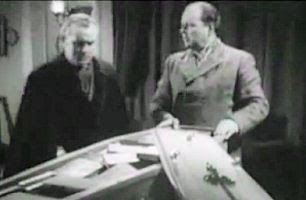 As they would say on 'Dragnet', only the names have been changed.


“Jack is resting. Be reborn.
To finish up on Wednesday morn.”
"Jack the Ripper"
'Kolchak: The Night Stalker'