THE REDJAC CHRONICLES: "THE DREAM SENTINEL" 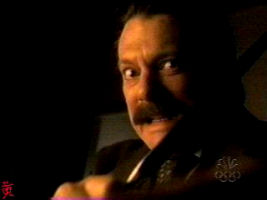 I thought we might do a "Two for Tuesday" with the posts about Jack the Ripper as seen on TV. Here's part one.......
'The Others'
"Don't Dream It's Over"

Summary:
A restless Mark is disturbed by his continuing dreams where he falls in love with Mary Jane, a mysterious beautiful woman from 19th-century London who also sees Mark only in her dreams. 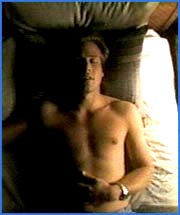 When Redjac/Ian Pascoe murdered Mary Jane Kelly, it was unaware its actions were being observed from the future (March of 2000) via the dreams of Dr. Mark Gabriel. As for how the Ripper looked to Mark, the differences between the physical appearance of the "true" Ripper and the one in Mark's dream-state can be attributed to the influence of his sub-conscious mind. In trying to perceive such a horrific individual, his mind summoned someone from Mark's past who scared the bejabbers out of him - an abusive gym coach, perhaps, a predatory priest, or a "funny uncle". No matter who among 'The Others' could have been the inspiration for Mark's versions of the Ripper and Mary Jane, Redjac/Pascoe still played out the scenario as History records it.
BCnU!
Posted by Toby O'B at 12:40 AM