In April, the BBC announced that 'Spooks' (known over in the US as 'MI-5') would be going back into production for broadcast in autumn... at least in the United Kingdom. It seems the first episode upon its return for an 8th series will reveal the fate of team leader Harry Pearce after he was kidnapped by Soviet agents.

Although the Beeb won't say what will happen with Harry, it is known that the characters of Ros Myers and Lucas North will be returning to the show.

Here's how things stood in the last episode of 'Spooks', which aired on December 8, 2008:

"With the Russian mole inside MI-5 now in custody, the team tries to decipher the information Lucas North obtained in Moscow. It is apparent that the Russian intelligence service had their own equivalent to the British Sugar Horse network and have sleeper agents across Britain and throughout the various security agencies. Information from the mole indicates that a thermonuclear device will be exploded in central London and offers to reveal the identity of all sleeper agents in the UK if they agree to provide protection and a relocation package. The Russians have issued instructions to kill Harry Pearce and all of the members of Section D so getting to the mole's information will be difficult. Harry decides to meet his Russian counterpart to ensure he knows that they will all die if they don't work together to stop the bombing."

[That's from an episode summary on IMDb.com.] 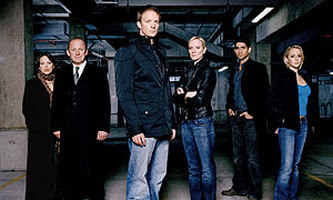 When last seen, Harry was bundled into the trunk of a car.

Ruth Evershed, having been framed, faked her own death and disappeared.

Zoe Reynolds is also in hiding with her boyfriend, after a disastrous mistake in judgement during an operation.

Tom Quinn was forced out of the service, even after being cleared of wrong-doing.

Sam Buxton left the service on her own.

Juliet Shaw was left paralyzed in a bomb attack and was later exposed as the chief of Yalta. She tried to kill Ros.

Still in service with MI5: Malcolm Wynn-Jones, a genius at deductive analysis, is somewhat colorless in personality, much like George Smiley; the face of what spies should be really like.

Lucas North spent eight years in a Russian prison and when he came back, his loyalties were questioned by others.

Ros Myers, formerly of MI6, is now in charge of Section D.

I bring this all up because when 'Spooks' returns in August, those characters who had been on the show previously will need to have had some excuse to be away from Thames House (home of MI5) during the 4-5-6 crisis. This was seen in the 'Torchwood: Children Of Earth' mini-series, which just concluded in the United States.

When Torchwood members Captain Jack Harkness and Ianto Jones stood up against the Ambassador of the 4-5-6, the alien released a virus that locked off Thames House and killed all but a man named Dekker. (He was smart enough to get into a HAZMAT suit.) Jack, of course, later came back to life. Ianto was not so fortunate...... 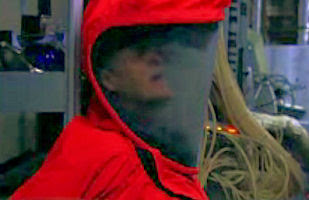 There were several shots of various MI5 personnel running to the doors in order to escape, but the lock-down kept them sealed in. As they died, the bodies were piled up ten deep at the front door, according to Dekker. 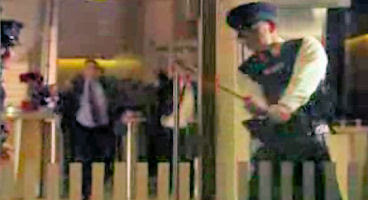 If Ros and Lucas are definitely coming back, then they must have been off on some mission. Or just happened to luckily take a lunch break at the time. The same could be said for Malcolm Wynn-Jones, although I don't know if that actor is coming back to the series.

Whoever doesn't come back among recurring players, it could be said that they died in that stampede at the gates...... 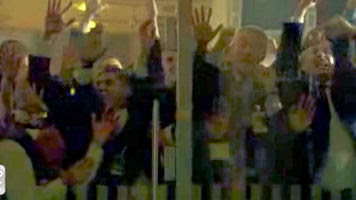 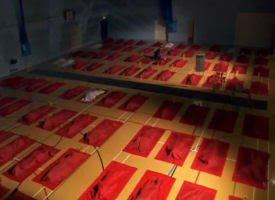 Hi there - not sure where you get the idea Series 8 of Spooks starts in August in the UK - it won't be broadcast until late October/early November.

My error. I read the BBC release and saw "August" when they used the word "autumn"....

I'll correct it. Thanks for pointing it out!

It's a shame this show has been so poorly treated in the U.S. I remember waking up with a full DVR one day, because A&E burned off all their episodes ia single day. When BBC America picked it up they were worse. At least AMC gave "Hustle" a good run, and aired the full episodes instead of the edited 42-minute versions.

I know some PBS stations have picked up "Spooks/MI-5." Unfortunately, mine hasn't. They have aired "New Tricks," but haven't started on Season 5 yet. I am also hoping that they will pick up the Canadian "Murdoch Mysteries," but I'm not going to hold my breath.

Never heard of "Murdoch Mysteries", I'll have to read up on that - especially since it is tough to get foreign shows on American TV (despite BBC-A, New Tricks, Merlin, and the various Canadian shows...)

Checked out what Wikipedia and a few other sites had to say about 'Murdoch Mysteries' and now I want to see it. Reminded me of a show A&E used to show from Canada - "The Great Detective". I rather liked that and should look around for a source for that.....