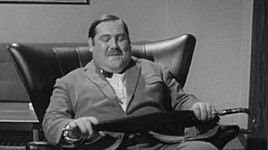 One of the 'Secret Agent' episodes I saw yesterday was "Battle Of The Cameras" in which I may have found a theoretical link to 'The Avengers'; one that I'm sure must have occurred to fans of both series long before. 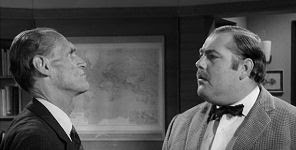 Patrick Newell portrayed Alex, AKA Agent 1056, who was assigned to assist John Drake in Cote D'Azure. Although he was competent in his duties, he was a bumbler who had an over-inflated sense of his own capabilities. Just the sort of middle-management fellow to find himself kicked upstairs with a promotion. 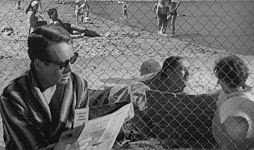 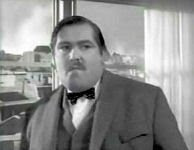 undisclosed branch of British Intelligence, the same place where John Steed worked as a "top professional" agent. As his code name in his new position, Agent 1056 would now be known as "Mother".

And as you've realized by now, Mother was played by Patrick Newell in 20 episodes of 'The Avengers' during the Tara King years.

BCnU!
Toby O'B
PS:
I'll have to re-watch the 'Doctor Who' episode "The Android Invasion" to see if I can make some kind of connection to Newell's character of Colonel Faraday. Not that he has to be Alex/Mother, even though we never learned his last name on 'Secret Agent'. But they could be identical cousins..... 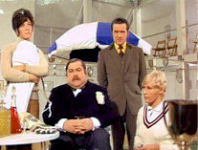