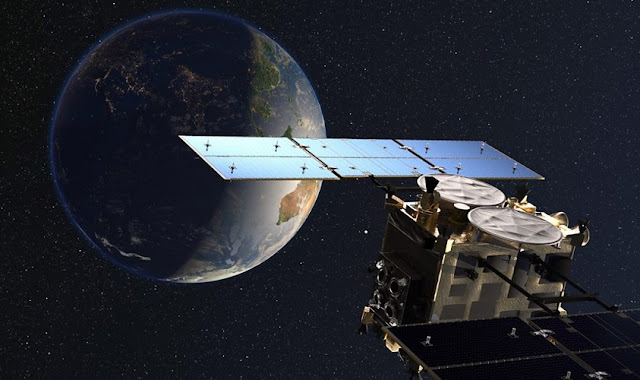 You know how ‘Law & Order’ was known for finding their plots in the news, “ripped from the headlines”?  The same could be said for ‘Doctor Who’, perhaps.
And 2020 provided just such a headline before the year wil be thankfully be over.

The capsule “streaked through the atmosphere at high speeds before deploying a parachute,” Charlotte Jee writes for MIT Technology Review. At 4:37 a.m. local time, the capsule, containing up to several grams of rock, dust, and debris, landed in the red desert sand of the Australian Outback town of Woomera, 280 miles north of Adelaide.

A recovery team, led by the Japan Space Agency (JAXA), deployed a helicopter before sunrise to locate and collect it. They carried the capsule by hand into a facility to be cleaned and dismantled, exposing the interior sample container, Masaki Fujimoto, deputy director general of JAXA's Institute of Space and Astronautical Science, said during a news conference.

The event marks the end of a six-year, 3.25 billion-mile mission in space. Its team of scientists hopes to unravel the mysteries of our solar system’s early days—asteroids provide hints about the “ingredients” in planets, astronomers say—while also exploring the origins of life on Earth. JAXA scientists hope to have collected at least 0.1 grams of asteroid debris to do so. Analyses this week will reveal if they met that goal.

Something in those samples would probably be of grave interest to the Doctor… and a threat to the people of Toobworld….

Labels: O'Bservations, Special Guest Appearance, Twipped from the Headlines, Who's On TV, Wish-Craft