ANOTHER SOLORIO SPOTLIGHT - COLUMBO IN TOONTOWN 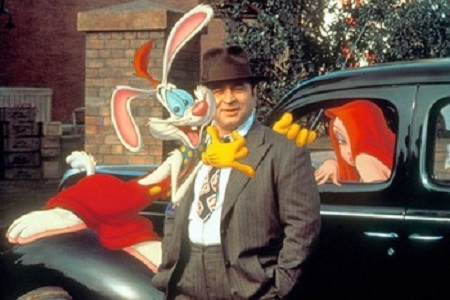 Thirty years ago as of last week, the movie "Who Framed Roger Rabbit?" was released.  In it, a human private eye in 1940s Los Angeles investigated a murder over in Toontown, the section of Hollywood which was segregated for the use of the "toons" - living cartoon characters.

It was a big hit and there were a few follow-up film shorts, but after that there were no sequels or even a TV adaptation base on the original book ("Who Censored Roger Rabbit?")

But what if there was?

Conceivably, it could take place in Earth Prime-Time as toons have been seen in the live-action Toobworld, but they came over from the Tooniverse.  Just this year, the Winchester brothers crossed over there and encountered the Scooby Gang in an episode of 'Supernatural'.  Daffy Duck was looking for a job on 'The Drew Carey Show' while Wile E. Coyote was hauled before the 'Night Court' judge.  Toons like Foghorn Leghorn and Daffy Duck (again) were interviewed by Pat Paulsen on his sketch comedy show.  Angelica Pickles was interviewed by Rosie O'Donnell and David Letterman interviewed Beavis and Butthead.  One last example - Donald Duck co-hosted the 1957 Academy Awards telecast. 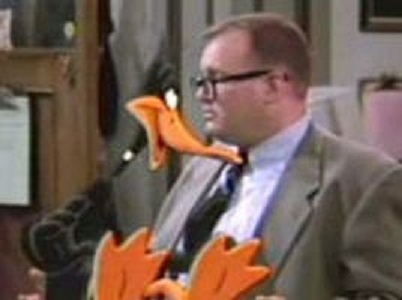 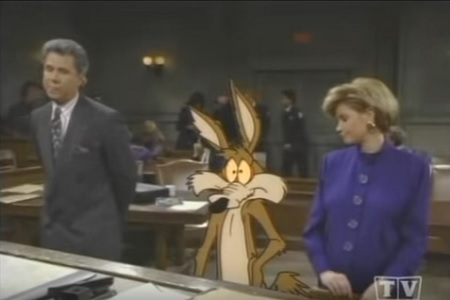 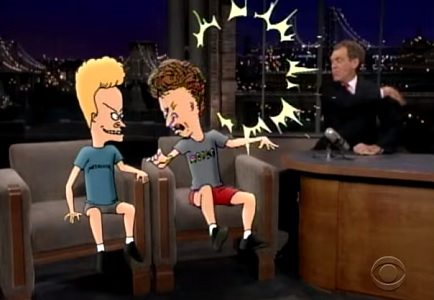 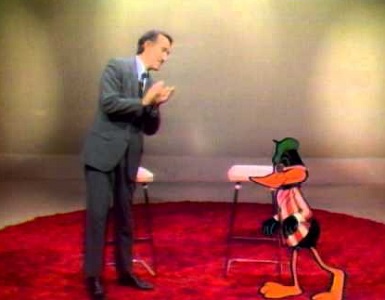 So if Disney and Warner Brothers continued their collaboration in creating a TV show, perhaps there could be guest appearances by other - live-action - TV characters, played by the actors who originated the roles.

Artist Theo Solorio has thought along those lines. Theo's version of "Try And Catch Me"

Theo is an ardent fan of 'Columbo' and has recreated many key scenes from the series with cartoon anthropomorphic animals in a "Bluthesque" style.  But she has played with the idea at times, like having the animal versions of the three most repeated actors to have played the killers - Culp, Cassidy, and McGoohan - gather for a conspiratorial drink. 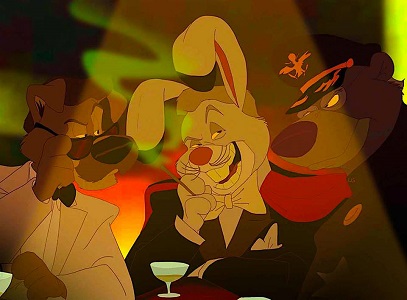 But just recently, to mark the remembrance of Peter Falk on the date that he died (June 23), Theo had her character of Lt. Columbo Fox appear with Lt. Columbo himself. 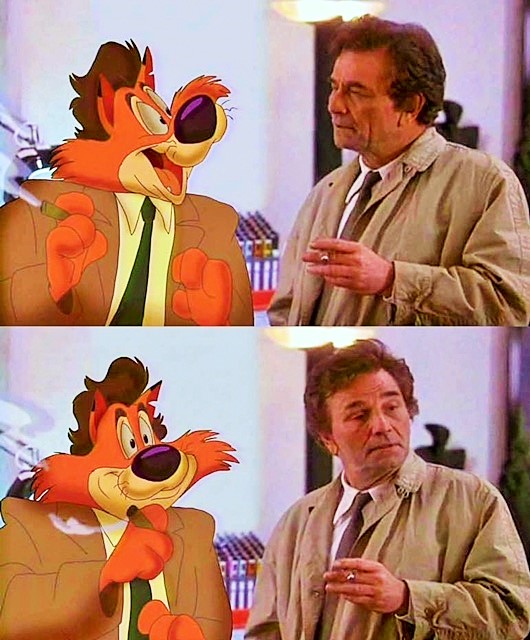 If Toontown was in the main Toobworld, here we would have the Rumpled One working with the cartoon fox inspired by him.

In the long run, I think Mr. Levinson and Mr. Link would have insisted that such an appearance be set in an alternate TV dimension.  That may prove to be to the benefit of the Toontown show.  Who knows what type of plot lines they could come up with?

What kind of animal characters would be the killers, or the victims?  Who among live-action actors might make a cameo?

"Columbo in Toontown"....  I think it would make a great idea for a fanfic story!