Jack Davis:What else have they got against me?


James Hawley:
Your reputation - you're known as a gunman.

Jack Davis:
I never drew first in my life.
They can't hang a man for havin' a reputation.

James Hawley:
They can try.
'Death Valley Days'
Sometimes I find the greatest nuggets of televisiological trivia when I'm looking for something else.  Okay, so this isn't the lost treasures of the Library at Jasonalexandria, but 'twill serve..... 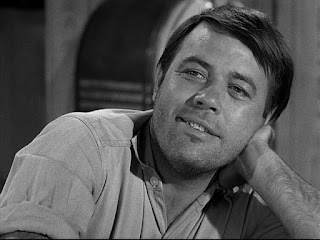 I was searching to see if Frank Sutton, as Sgt. Vince Carter, would be eligible for membership in the Television Crossover Hall of Fame as the bane of his existence Gomer Pyle was, when I stumbled across these two roles in his resume at the IMDb. Death Valley Days Jack Davis- Diamond Field Jack (1963) 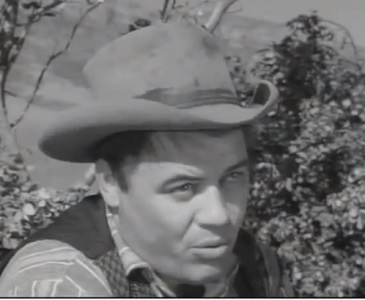 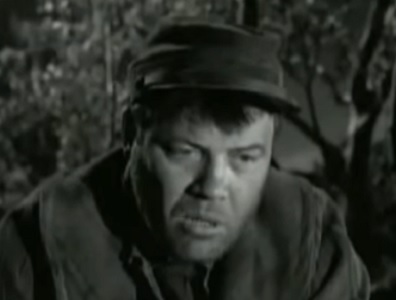 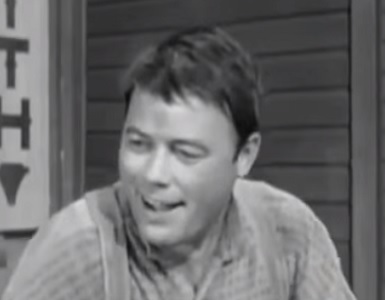 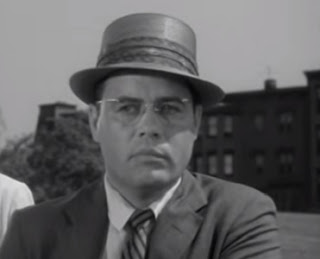 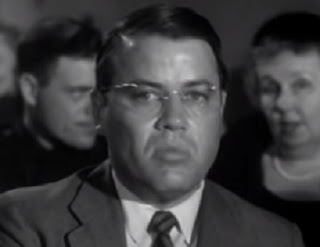 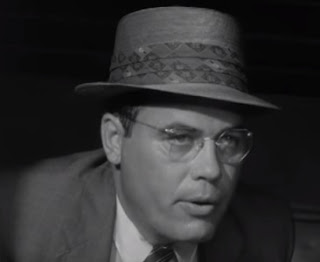 I don't even have to strain with this splainin! With 'Death Valley Days' being an anthology series, not all of the episodes take place in Earth Prime-Time, just as is the case with 'The Twilight Zone'.  This is especially the case if an episode of the series involves an historical figure, like young Mark Twain. But "Diamond Field Jack" does take place in the main Toobworld, even though Davis was an historical figure.  (Click here for the Wikpedia entry.) "Diamondfield Jack" Davis would have been the forefather of the family lineage which would lead to the Jack Davis of Boston in the early 1960s - the televersion of Diamondfield Jack was probably that neo-Nazi's grand-pappy since he died in the 1940s.  That a real world character could be related to a fictional character has precedence in Toobworld.  In this case, Diamondfield Jack probably had fathered a son with a fictional saloon girl. (The fecund sluttiness of saloon girls is going to be a theme in the TV Western showcase for next year.) It doesn't even have to matter what Fate befell either character or what the premise for each plotline entailed; the telegenetics are just that strong in this case.  But in case you wanted to know, I haven't been able to see the "Diamond Field Jack" episode of 'Death Valley Days'.  Here's the TV Guide plot summary for it, however:

Arrested for murder, Jack Davis (Frank Sutton) seems more concerned about preserving his reputation as a gunman than saving his skin.

As for Jack Davis of Boston, he was a follower of the "Awake America" leader John Westerbrooke.  He had been dishonorably discharged in 1950 for torturing a prisoner of war.  At Westerbrooke's rally in the Boston Common, Davis was shot dead by the FBI when he acted as a sniper to blow up a bomb concealed in one of the statues of the Revolutionary heroes. 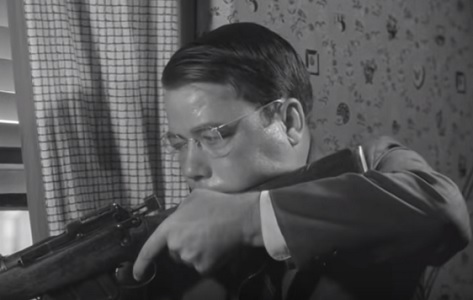 O'BSERVATIONS:
The pictures of Frank Sutton in Western gear come from his three episodes of 'Gunsmoke':


I couldn't find the 'Death Valley Days' episode except maybe through OVGuide, but I wasn't sure about the site.....

But here is the 'Route 66' episode if you want to see Sutton as the neo-Nazi Jack Davis:

Labels: As Seen On TV, By Any Other Name, Game of the Name, La Triviata, Life During Prime-Time, Missing Links, Tele-Folks Directory, Westview, Wikipediaphile