MY FRIENDS IN TOOBWORLD - KEITH COWING 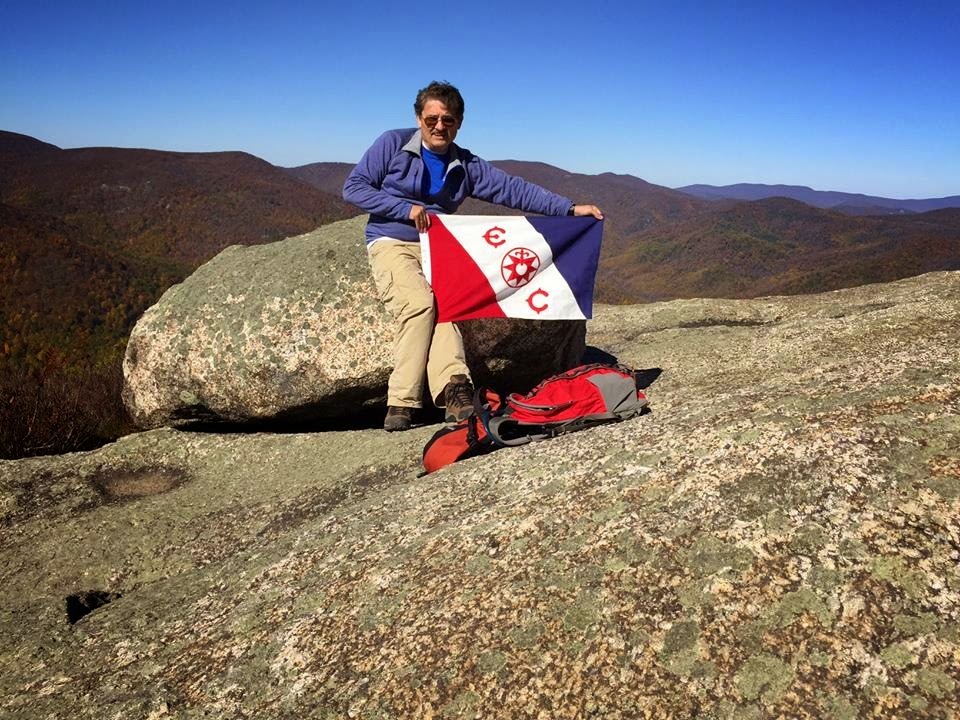 It's not often I run this feature with the friend actually having played himself in Toobworld.  (Although I did one last week with Danny Neff.)  But today I'm putting the spotlight on high school friend Keith Cowing, the editor of NASAWATCH.  Keith has a presence in Toobworld as one of the Talking Heads.

No, not the band. This kind of Talking Head: 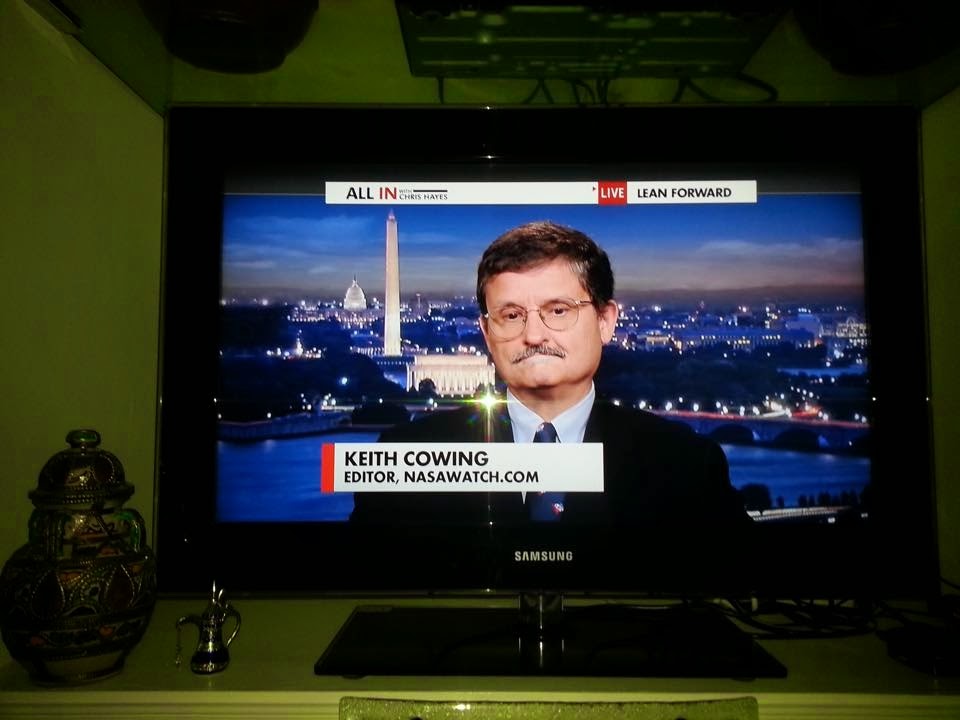 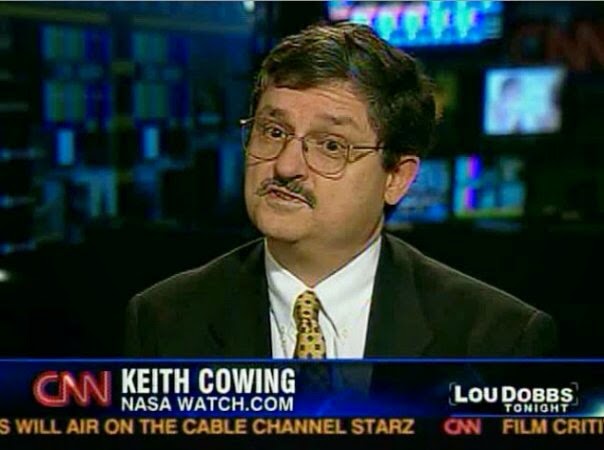 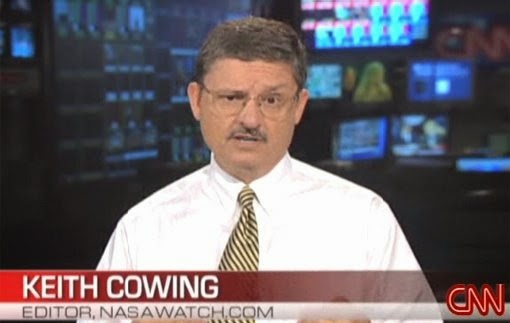 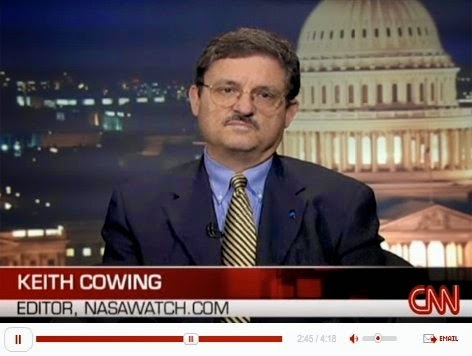 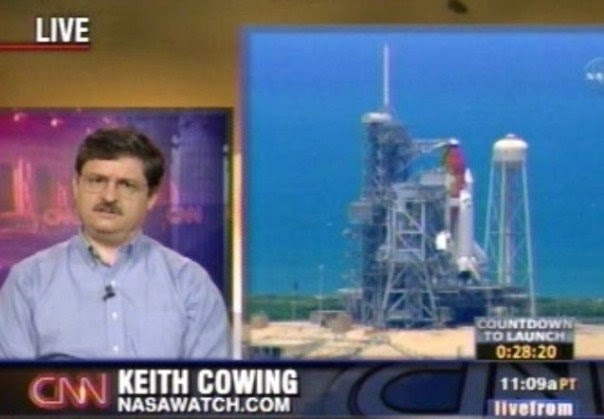 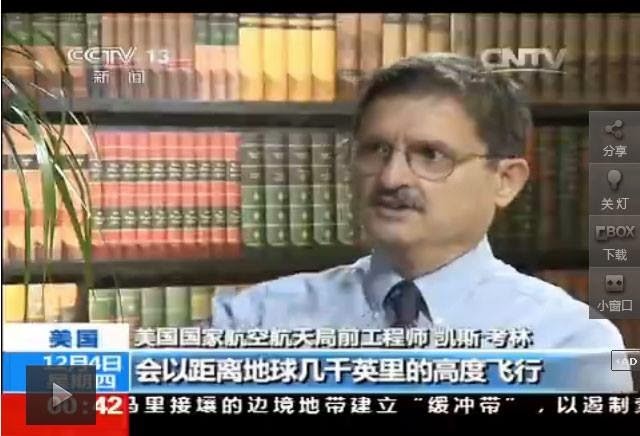 So he is a member of the League of Themselves, but his televersion is trapped in a factual state and where's the fun in that?

But luckily, Keith can be accepted in Toobworld as a fictional character as well - we just didn't get the chance to see him. 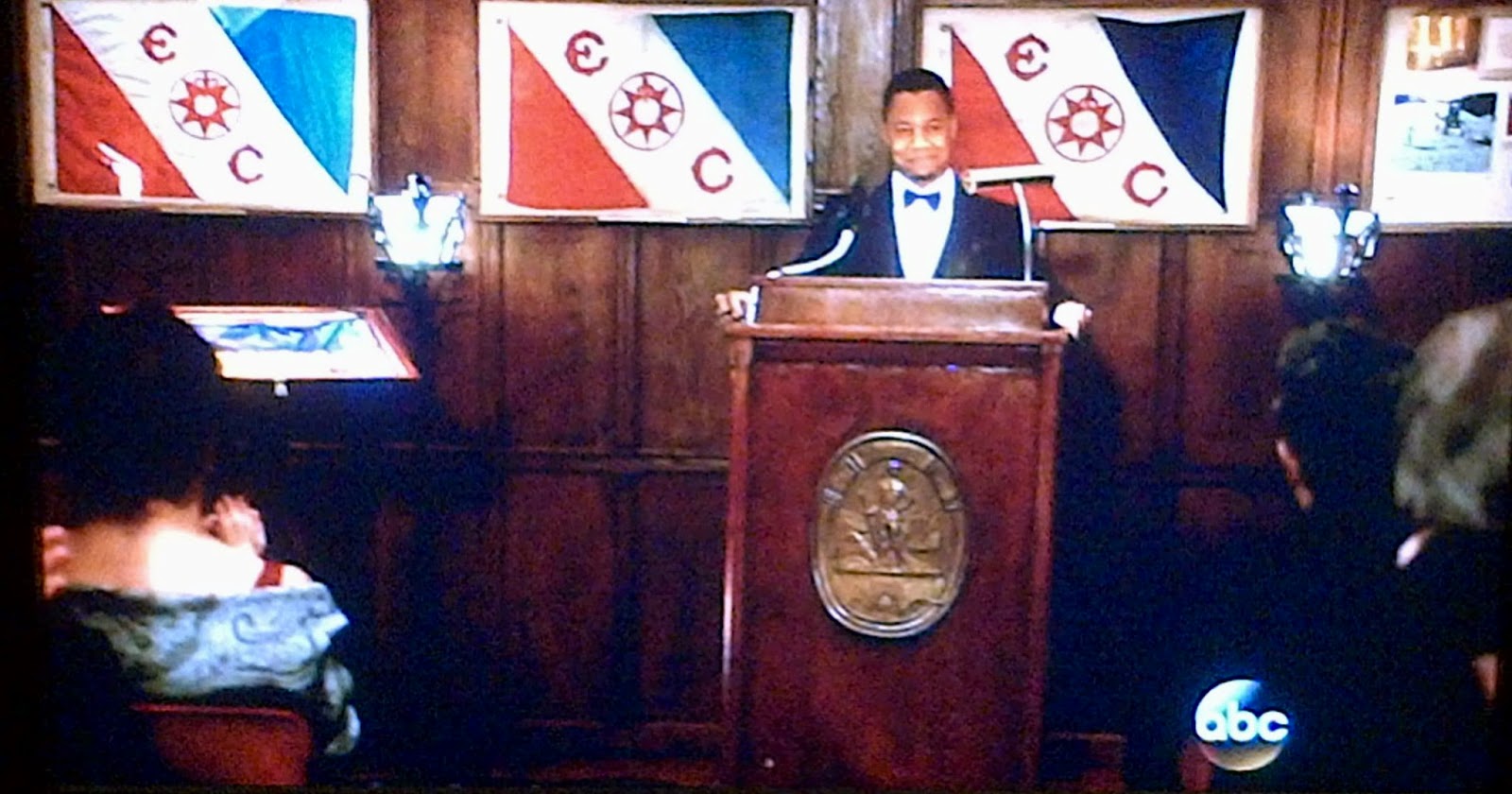 During their murder investigation, Detective Rodriguez and M.E. Henry Morgan visited the famous Explorers' Club's headquarters in New York City, where Isaac Monroe was giving a speech and a major donation.  Keith Cowing is a member in good standing of the Club and has scaled Everest and rebooted a decades old satellite to once again send back information... information... information - despite it having technology that was practically inaccessible because it was so antiquated.

Here's a look at the audience for Monroe's speech at the Explorers' Club: 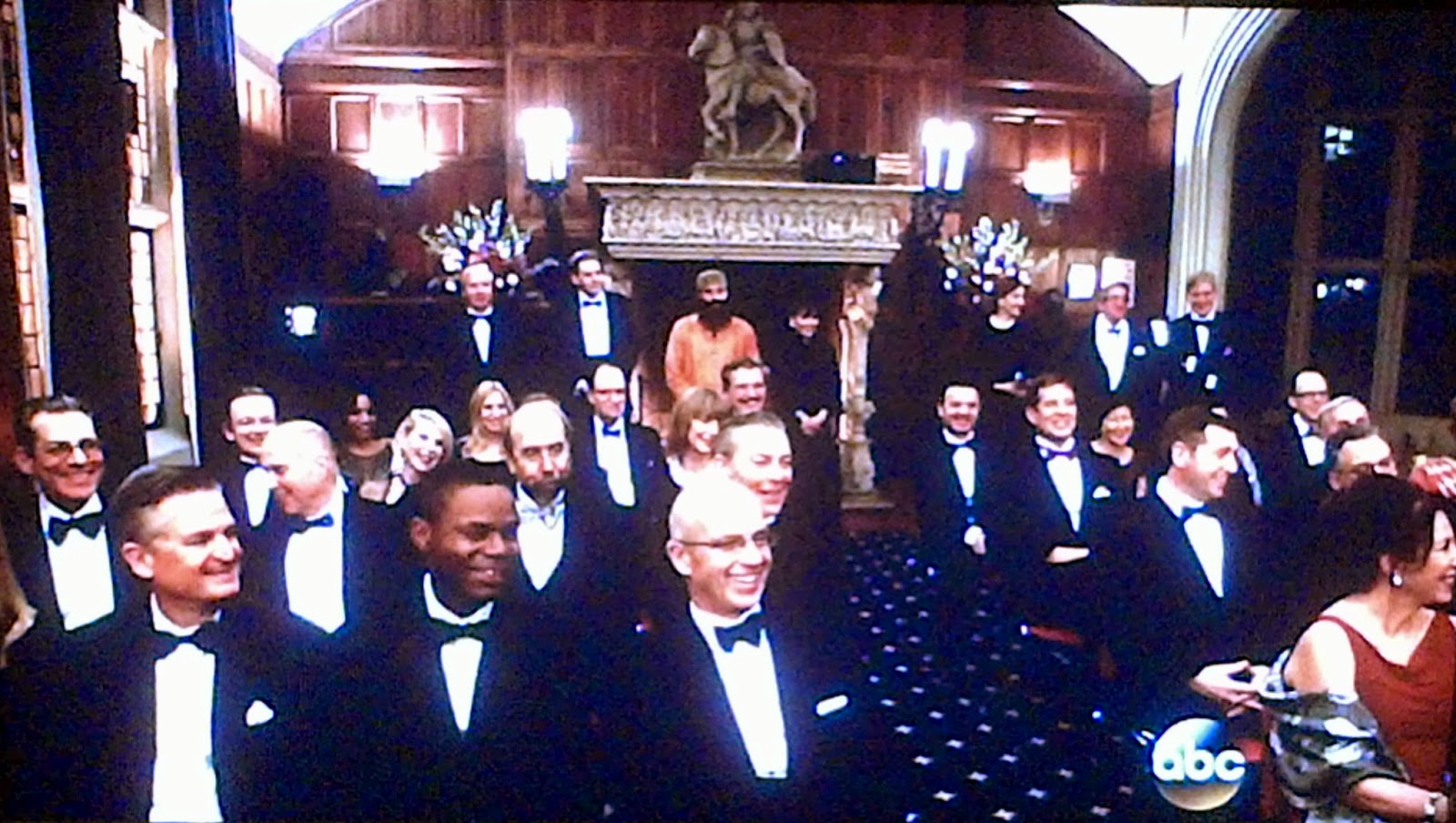 I'll save you the eye strain - Keith can't be seen in the audience.  (In fact, he wasn't even aware of this episode when I alerted him to it.)  However, with this next picture we get an easy splainin as to how that's not a problem.

As you can see, there were other people in the building during the speech, but they weren't in the room.  So it's pozz'ble, just pozz'ble, that Keith was elsewhere in the Explorers' Club, perhaps in the bar...... 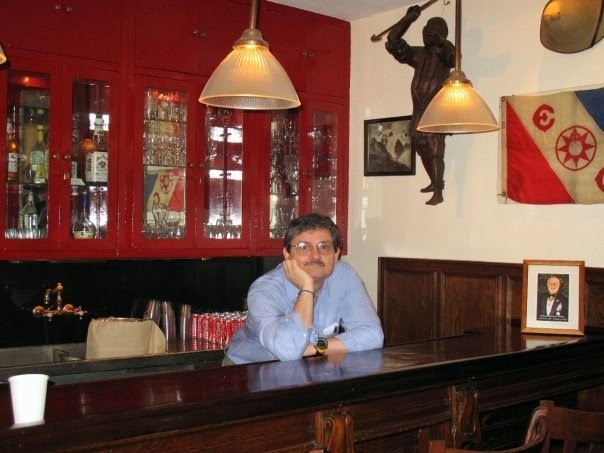 So it will be my contention that the televersion of Keith Cowing was there for Isaac Monroe's speech, but we just didn't see him.  And it was in the world of Earth Prime-Time - so far there has been no reason to think that 'Forever' needs to be relocated to some alternate TV dimension.