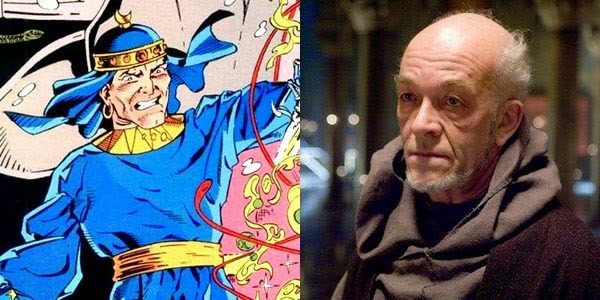 A DC super villain became Multiversal last night with the appearance of Felix Faust in 'Constantine'.

After being introduced in the pages of "Justice League of America", Felix Faust eventually crossed over into the Tooniverse:
And now he's live action in Earth Prime-Time. Plus! He committed a despicable act that put him in company with John Stamos, Archibald Beechcroft, and the Master as far as linking innumerable TV shows together.

This is because he cast a spell that put thousands of Brooklynites into a coma. Among these victims could have been characters from the following shows:
I'd say we have a future candidate for the TVXOZF on our hands....