'FOREVER'
"HITLER ON THE HALF-SHELL" 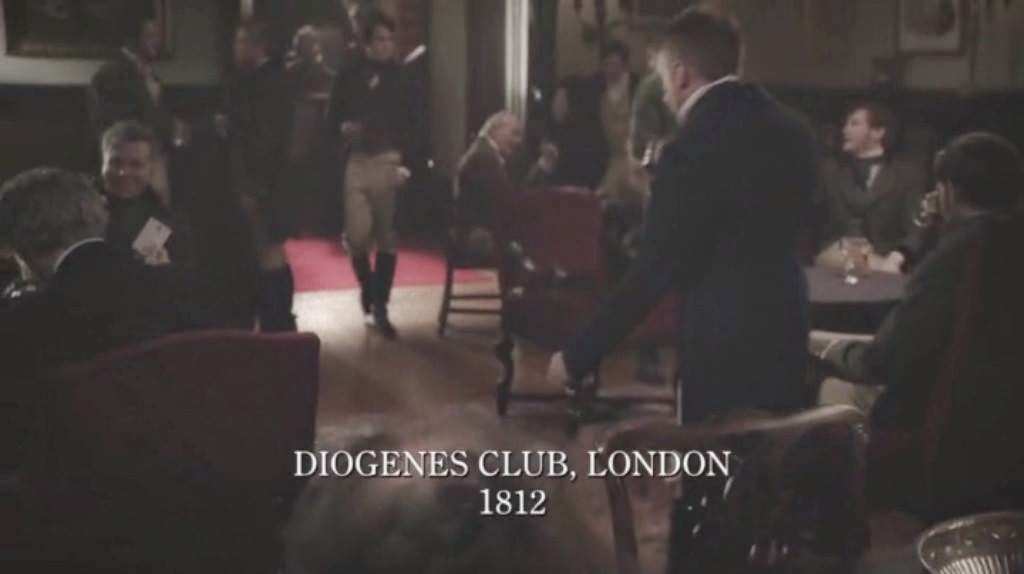 In one of the flashbacks in this episode took place at the Diogenes Club in London. The year was 1812.

In the Sherlock Holmes mythos, the Diogenes Club served as headquarters for Mycroft Holmes and supposedly he was one of the founders of the Club. So this club had to be too many decades too early.

But there are two possible splainins - either the Diogenes Club seen in this episode was the original and it eventually folded, to be revive by Mycroft and his associates; or it may be a matter of semantics in which what Mycroft founded was the new purpose of the Club as a center for espionage and matters of State.

It could go either way. I'm not going to stress over it.

But I'll add this - I think the Hellfire Club was based in this earlier incarnation.

BCnU!
My thanks to Caeric ArcLight for the screencap.  (Mine had come out horribly!)