In the 'Magnum PI' episode "On Face Value", when Carol Baldwin fnds Magnum building a sand castle on the beach she asks him if it's a "Detective's Holiday? Charlie Chan's Birthday?"

I can't speak to exactly what day Charlie Chan was born, but I can at least make an educated guess as to what year it was. 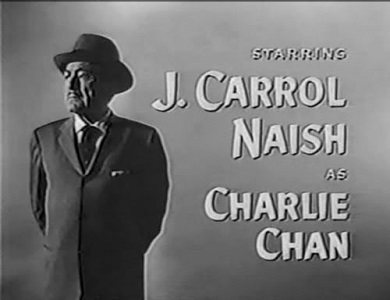 The official Charlie Chan for Earth Prime-Time was played by the poor man's Alec Guinness (at least when it came to playing nationalities and ethnicities) - J. Carroll Naish.  'The Adventures Of Charlie Chan' was set in London and ran for 39 episodes back in 1957-58. 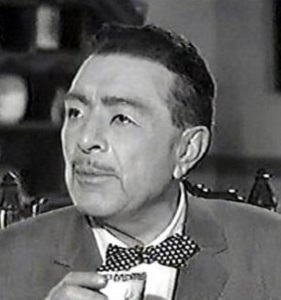 Unless it is otherwise stated in the episode or rendered useless because the time period is not contemporary (the Wild, Wild, West or some far flung future of sci-fi), then the age of the character should be the same as that of the actor assaying the role.  This means that since Naish was born in 1896, Chan was sixty-one years old.

The character first came to life in BookWorld, created by Earl Derr Biggers in a series of novels.  He moved on to feature films and radio before finally landing in the world of the Toob.  (There would be other Charlie Chans on television after that, but each of those would be relegated to other TV dimensions, including the Tooniverse.)
Charlie Chan became so celebrated a detective, that he gained quite an international reputation.  But even though we only knew of him working in London back in the Fifties, he was still originally based in Honolulu.  And that means it was more than likely a reference to him decades after his glory days could be made by Carol, and that Thomas would understand it since they were in Hawaii.

By the way, Charlie Chan's "Number One Son" is still alive in Toobworld, but it is unlikely that we shall ever see him again in any Earth Prime-Time show...... 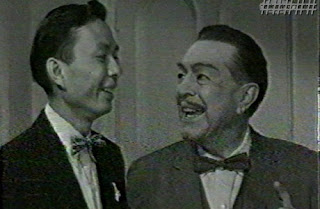