Even though MHz Network is no longer available via a TV station host in the New York City area, I'm still a "friend" of their Facebook page.  And recently they published this status update to promote their line-up for that night:

"Tonight, Hallgrim faces a new big bad from America. And Frandsen returns from last night's visit with Unit One. Don't miss back-to-back episodes of THE EAGLE at 9 PM and 10 PM ET/PT!"

My heart skipped a beat for this chance to write about an actual TV crossover that accented the "world" in Toobworld.

But there was no actual Danish TV series crossover in that description, sadly. 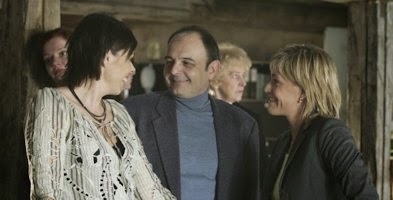 On 'The Eagle, the character of Frandsen is played by Steen Stig Lommer since 2004.  'Unit 1' premiered a few years earlier before 'The Eagle' came along and Lommer appeared only in one episode of 'Unit 1' as a guest character... who was NOT Villy Frandsen.

Instead, he played "Henning" in the episode "Assistancemelding A-6/01".  Having not seen it since WFME, the former local host for MHz, I have no clue as to what this episode of 'Unit 1' was about.  (Actually I have three episodes of 'Unit 1' still in my queue, so perhaps I may still see it.)

I've seen this come up before in which mention of an actor appearing in another show is considered a crossover although he (or she) is playing a totally different character.  In fact, I would not be surprised if he played a villain....

It's not a crossover.  It's just a guest appearance by the actor. 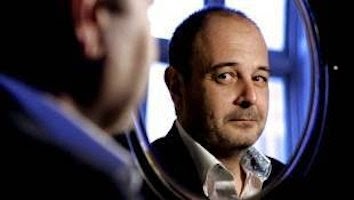 Of course, that's not the way to hook a gullible audience into checking out the other show.

So I'm just ranting into the wind here.  Or in keeping with the Greek myth-inspired titles of the 'Eagle' episodes, I'm whispering into a hole in a reed bank.....