Ralph and Seamus Coltrane were twin brothers who may have followed different paths in Life, but who still found their lives touched by the bizarre. 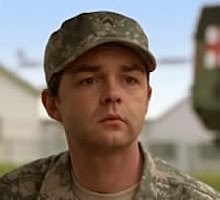 Ralph was a corporal in the Army who worked at the San Pedro Overflow Camp in 2011.  This was one of many such concentration camps set up around the world after "the Miracle" to eliminate the excess population caused by the elimination of Death.

Against his will, Ralph was dragged into the mad, murderous schemes by the camp's manager to cover up its true purpose.  When the manager was attempting to strangle a member of the Torchwood team, Ralph finally showed backbone and shot the manager to stop him.

Seamus on the other hand became a scientist and worked for the Widmore Corporation.  He was a member of the team who traveled to the Island with Charles Widmore where he worked on the generator in the solenoid coils room. 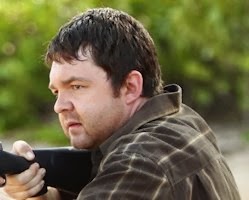 After the Man in Black declared war on Charles Widmore, Seamus was in charge of the "Candidates".  But he was no soldier like his brother Ralph - Sawyer was able to easily disarm him.

However, Widmore threatened Kate and so Sawyer capitulated.  Charles Widmore didn't hold the upper hand for long, however: the Man in Black soon attacked and killed Seamus by smashing him into the cages.

It didn't come up while we saw the Coltrane Brothers in action, but they might have been destined to encounter such phenomena as miracle days and The Island.  And that could be due to them being Wesen.  (Wesen are creatures with two simultaneous natures - human and the beasts they resemble.)

The Coltranes were Mauzhertz, usually a shy people with mouse-like traits and appearance.  Ralph and Seamus, identical brothers themselves, had an identical cousin named Martin Burgess.  Martin lived in Portland, Oregon, where he killed those who bullied him because he had a psychological need to lash out against his own father. 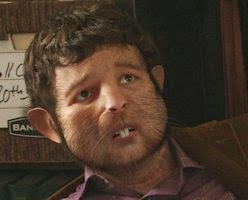 As the audience from the Trueniverse, we never saw Ralph and Seamus in their Wesen state, probably because there was no Grimm to serve as our P.O.V. guide.