LEAGUE OF THEMSELVES - THE QUEEN OF ENGLAND & THE PRINCE OF WALES


The newest member of the United Kingdom's Royal Family has made his debut into the world, an eight pound bundle which resembles Winston Churchill according to Ken Levine (link to the left).  As Andy Borowicz put it on Facebook, millions of Britons had nothing better to do than stand around in the streets waiting to hear the news.

So for the League of Themselves Two for Tuesday showcase, we're going to feature the grandfather and great-grandmother of the future heir to the throne (third in line.) 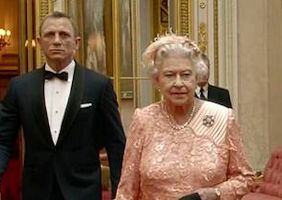 AS SEEN IN:
"The London Olympics 2012 Opening Ceremonies" 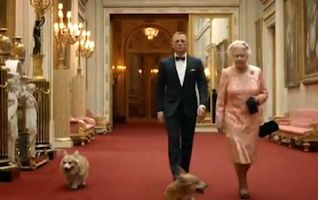 SYNOPSIS:
James Bond escorted the Queen by helicopter to the Opening Ceremonies, but they had to use parachutes to get there in time. 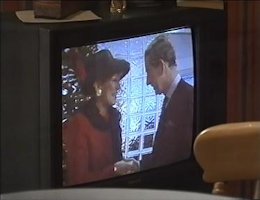 HRH CHARLES, PRINCE OF WALES
[As seen on TV with Audrey Roberts] 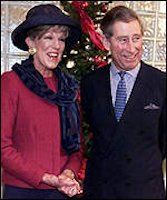 [Here's how it would have looked on site.]

SYNOPSIS:
Prince Charles was seen on TV with Weatherfield Councillor Audrey Roberts.  (That's the actual shot from the show; not somebody taking a snap from their own TV set.)

O'BSERVATIONS:
This episode of 'Coronation Street' was recorded and transmitted live on December 8, 2000, to commemorate the fortieth anniversary of the live broadcast of the series' very first episode on 9 December 1960.

The following pictures were publicity shots for the upcoming visit and not officially "canon".  However, they could be considered part of the "life during prime-time" which didn't get seen on the telly. 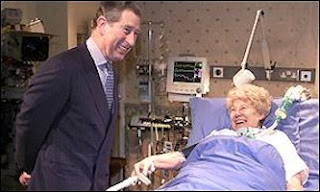 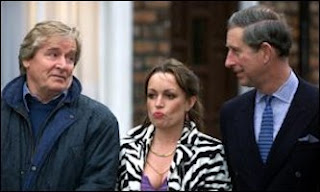 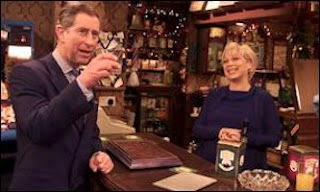 Apparently, the old lady in the hospital bed was in a coma at the time, but she must have regained consciousness for a brief time when the Prince of Wales visited.  (Just unseen by the viewers.) 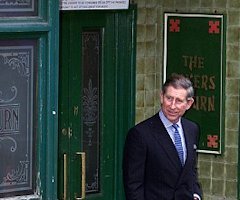 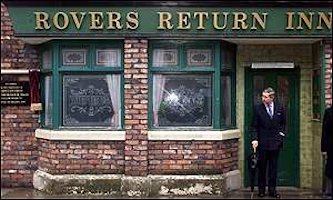 Labels: As Seen On TV, Big Screen TV, League of Themselves, Life During Prime-Time, O'Bservations, Outside the Box, Tele-Folks Directory, Twipped from the Headlines, World Toob