LEAGUE OF THEMSELVES - THE BIG UNIT

It's the weekend; let's play ball! 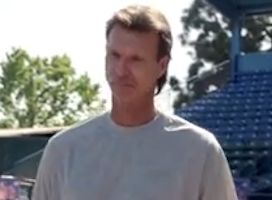 
The 6-foot-10-inch Johnson was celebrated for having one of the most dominant fastballs in the game. He regularly approached, and occasionally exceeded, 100 miles per hour during his prime. He also threw a hard, biting slider. Johnson won the Cy Young Award five times, second only to Roger Clemens' seven.

Johnson finished his career first in strikeouts per nine innings pitched among starting pitchers (10.67), second all-time in total strikeouts (4,875; first among left-handed pitchers), third in hit batsmen (188), tenth in fewest hits allowed per nine innings pitched (7.24), 22nd in wins (303), and 57th in shutouts (37). He pitched two no-hitters, the second of which was the 17th perfect game in baseball history. 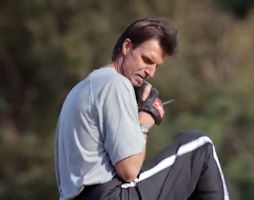 SYNOPSIS:
Since Peter spent the entire case bemoaning his lost opportunity at a major league baseball career, Jared arranged for him to swing at a few pitches thrown by Randy Johnson.  (Johnson agreed since Stanton Infeld represented him during his contract negotiations to be a sports drink sponsor.) 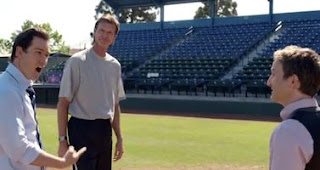 Labels: As Seen On TV, League of Themselves, Life During Prime-Time, Online TV, Splainin 2 Do, Tele-Folks Directory, Wikipediaphile