REDJAC AND THE WILHELM SCREAM 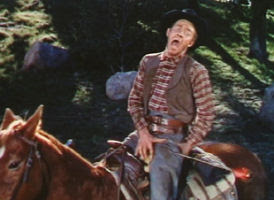 It's only been in the last year that I learned about the Wilhelm Scream. Not that I had never heard it before, but that it had an established history... and a name.

For those out there who still may not know what the Wilhelm Scream is, it's a sound bite of a man's death scream that apparently originated in the movie "Distant Drums". Legend has it that it was provided by Sheb Woolley and it's named after the character Private Wilhelm in the movie "The Charge At Feather River", which was the second movie to use it.

Although sound editors have been using it for fifty years, the Wilhelm Scream had a major resurgence when Ben Burtt added it into the original "Star Wars" movie (when Luke shoots the stormtrooper across the chasm in the Death Star). A lot of times it's tossed into the sound mix as an in-joke.

Here is a video clip of some of its uses over the years:

The most recent use of the Wilhelm Scream - to my knowledge at any rate - was in the new series "Human Target". Chance tossed one of the bad guys out of an aerial tram:

Thanks to Wikipedia, here's a list of TV shows which have utilized the Wilhelm Scream*:

The Day of the Triffids

('Community' was in that list as well, but it was used in a fictional movie, "Kickpuncher".)
I've rearranged that list so that it's in some sort of historical order. (But since 'Masters Of Horror' was an anthology series, I have no idea when the episode concerned took place.)

Why the timeline? Because I think it comes into play as a theoretical link between all of those shows and the most famous sci-fi TV series of all time, 'Star Trek'

I'm proposing that we hear the exact same death scream in all of those examples because it was emanating from the same source - not the victims, but from an entity that was possessing each of them before their deaths. The Wilhelm Scream is the sound it makes as it leaves the body at the moment of death. And it's off to find a new host to begin anew.

Can you see where I'm going with this?

I think it's Redjac, from the 'Star Trek' episode "Wolf In The Fold". 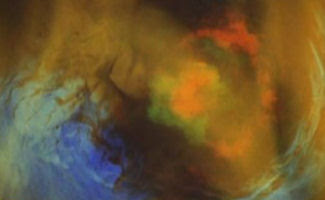 From Memory Alpha:
Redjac (also known as Jack the Ripper, Beratis and Kesla) was a non-humanoid life-form that existed for centuries by journeying from planet to planet and feeding on the pain and fear he caused by committing serial murders. It was similar to a parasitic organism, and required a humanoid host to inhabit in order to commit crimes. 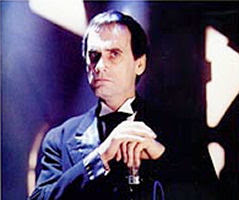 It's already an established Toobworld theory that Redjac left the body of the original Jack the Ripper before the Vorlons abducted him, as revealed in an episode of 'Babylon 5'.

Here's the established timeline for Redjac:

2105: Eight women in the Martian colonies 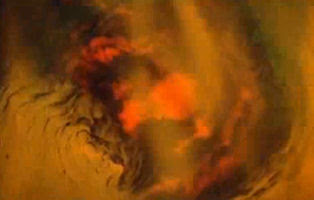 But these were only the monster's greatest hits. In between the those long stretches of Time, Redjac had plenty of time to possess other victims.

Redjac claimed to have existed since the Dawn of Time, so if the remake of 'Battlestar Galactica' can exist in Earth Prime-Time, then somehow Redjac escaped their home star system in somebody's body in that ragtag fleet of spaceships. But eventually that person (or the next body inhabited by Redjac) was chucked out of the airlock in the episode "Revelations". Either it made it back into the Galactica to possess someone else, or else it waited until its path crossed with another humanoid traversing the stars.

Perhaps the Master in his TARDIS? He'd make for a perfect host for the entity.

And then Redjac abandoned him once the Master arrived on Earth at some point before its manifestation in Sebastian's body to become Jack the Ripper....
When it re-inhabited the body of Mr. Hengist, the Enterprise crew beamed it off the ship with the widest dispersion possible. According to Mr. Spock, "its consciousness may continue for some time, consisting of billions of separate bits of energy, floating forever in space, powerless." But Kirk was convinced that it would eventually die.

(Tie-in novels and comic books have brought Redjac back, but those don't play any role in the TV Universe.) 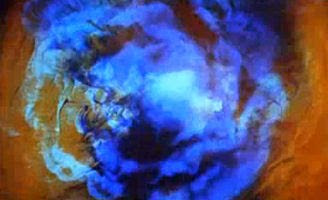 *We didn't hear the Wilhelm Scream as Redjac left its final host, Mr. Hengist. But that could be attributed to it inhabiting a body that was already dead. As for when it left the body of Jaris, who remained alive? Well.... Hey, in space nobody can hear you scream, right? 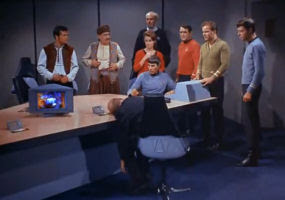 Of course, you could hear the scream in 'Battlestar Galactica'.....
Ahem.

**The Wilhelm Scream also appeared in these shows but as they were either cartoons or some sort of reality shows, they weren't considered for this theory.

Out of Jimmy's Head

The Life and Times of Juniper Lee

Back at the Barnyard

George of the Jungle
Drawn Together

The Marvelous Misadventures of Flapjack
Macross

The Girls Next Door

Embedding of the video is forbidden at YouTube, but you can see "Wolf In The Fold" there in its entirety.
Posted by Toby O'B at 3:20 AM

Well, you've now ruined dozens of movies and TV shows for me. And the "Feather River" clip may have been ahead of its time in proving that tobacco kills.

This is one for the books, Toby. Well written, great link to B5... I wonder if they used it in any puppet shows... I'd love to see Jack the Ripper linked to Sesame Street....

Don't worry about not hearing the Wilhelm Scream from that other guy on 'Star Trek'. Redjac was leaving a body that wasn't about to die so it didn't need to utter a death scream.

Anonymous said...
This comment has been removed by a blog administrator.
2:00 AM

Anonymous said...
This comment has been removed by a blog administrator.
1:10 AM