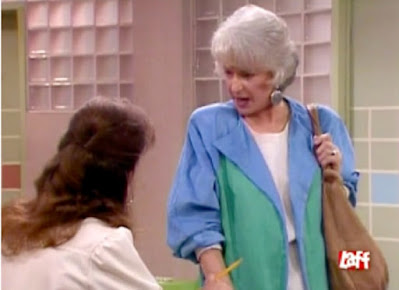 Dorothy Zbornak:
How do you do. I'm Dorothy Zbornak.
Laverne Todd:
Geriatrics is two doors down on the left.
“Empty Nest”
Continuing the Television Crossover Hall of Fame’s tribute to ‘The Golden Girls’ over this past year (with Rose Nylund and Sophia Petrillo already inducted), we’re O’Bserving the tradition of November being the month in which characters with political connections are inducted.

And of those “Golden Girls,” the one who came closest to that was…. 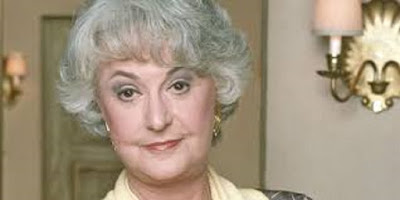 DOROTHY ZBORNAK
From Wikipedia:
Dorothy Zbornak is a character from the sitcom television series 'The Golden Girls', portrayed by Bea Arthur. Sarcastic, introspective, compassionate, and fiercely protective of those she considers family, she is introduced as a substitute teacher, and mother. At the time, Dorothy was recently divorced from her ex-husband Stanley. She, her mother Sophia Petrillo (played by Estelle Getty), and housemate Rose Nylund (Betty White) all rent rooms in the Miami house of their friend Blanche Devereaux (Rue McClanahan). 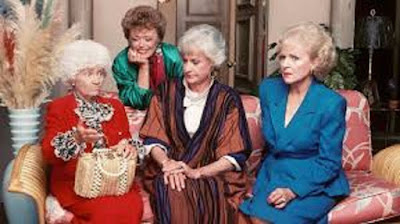 Dorothy often acted as den mother and voice of reason among the quartet, "the great leveler" according to Bea Arthur, though at times she also acted foolishly or negatively and would need her friends and family to help ground her again. Arthur also considered her the "great balloon pricker," someone who openly defied and called out hypocrisy, injustice, cruelty, delusion, short-sighted remarks, and behavior she simply found dull, ill-considered, rude, or unreasonable. 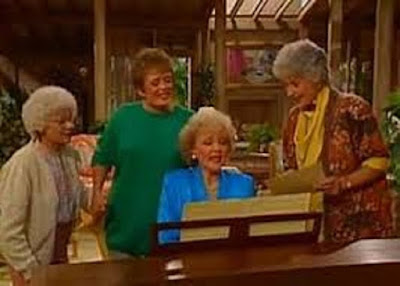 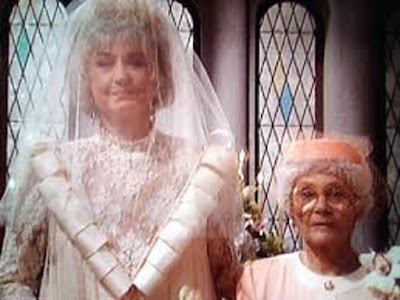 Bea Arthur's departure from the show in the season 7 two-part finale "One Flew Out of the Cuckoo's Nest" marked the end of the series as well. Outside of the series, Arthur also appeared as Dorothy in an episode of 'Empty Nest' (a spin-off series), in the episode "Dumped", and in a two-episode story "Seems Like Old Times" in ‘The Golden Palace’ (a sequel series to 'The Golden Girls'). In the 1000th issue of Entertainment Weekly, Dorothy Zbornak-Hollingsworth was selected as the Grandma for "The Perfect TV Family". 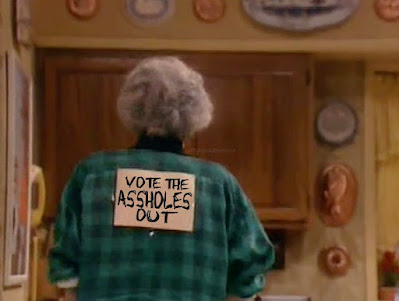 Okay.  O'Bviously photoshopped.
During the run of the show, Dorothy repeatedly expresses liberal views but never declares her party affiliation, though she does have a Michael Dukakis bumper sticker (covering a Walter Mondale bumper sticker) on her car. When then-President George H. W. Bush visits Miami, Dorothy intends to angrily confront him regarding education, only to be rendered mute at the shock of actually meeting him. Dorothy shared many of Bea Arthur's political views, who in a 2005 interview remarked "that's what makes Maude and Dorothy so believable: we have the same viewpoints on how our country should be handled."

Maude Findley would be a perfect candidate for membership in the Hall in November… if only she had appeared in more than just ‘All In The Family’ and her own eponymous sitcom.  (Wikipedia says that Maude was never mentioned in the series ‘Good Times’.  And the characters’ backstories were revamped.) 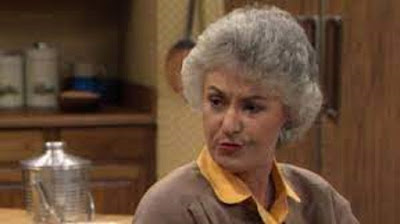 Here are the appearances by Dorothy Zbornak which qualified her for membership in the TVXOHOF: 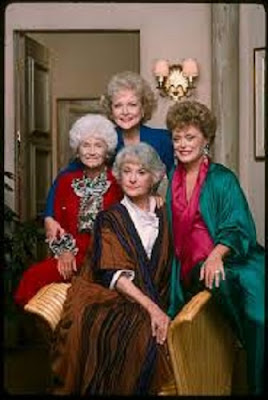 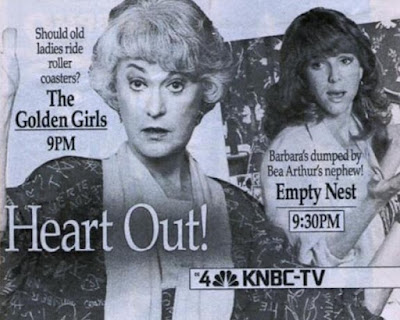 Barbara gets lessons from Carol about life as a "dumpee" after Dorothy Zbornak's nephew breaks up with her. 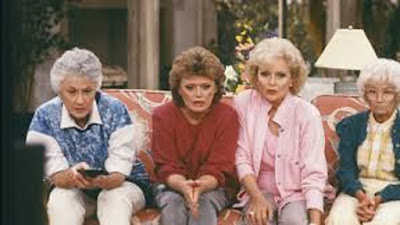 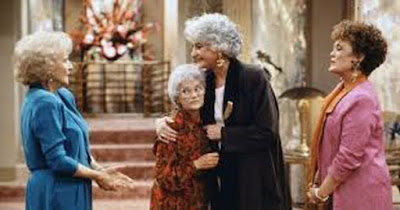 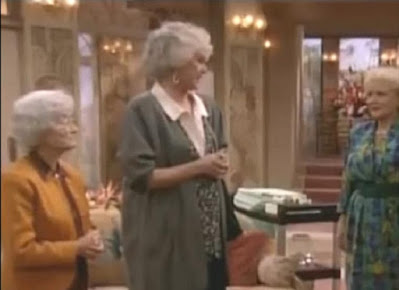 - Seems Like Old Times: Part 1 (1992)
Dorothy visits her ex-roommates at the Golden Palace, hoping to convince Sophia to come and live with her and her husband in Atlanta. 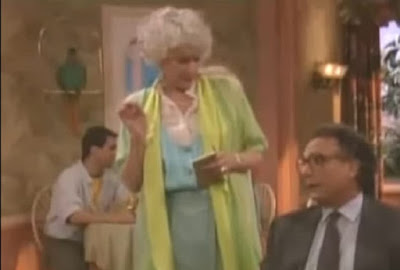 Dorothy visits her friends. The next day, Chuy does not show up for work so the girls need to replace him and Dorothy helps as a waitress. She is concerned that Sophia looks tired and has to carry heavy trays. She calls her husband and tells him she decided her mother should move in with them. Dorothy gathers her friends and tells them about her plans about Sophia. Blanche and Rose want to keep Sophia with them. Sophia says she wants to decide herself where to live and goes up to her room. When Blanche goes to see her and find out about her decision, she finds a note saying Sophia does not want to choose between her friends and daughter and that she is running away. 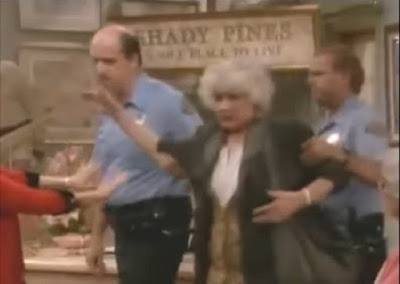 - Seems Like Old Times: Part 2 (1992)
Sophia runs away to her old rest home. When the other girls try to get her, they find that it is no longer anywhere near as bad as she said it was. 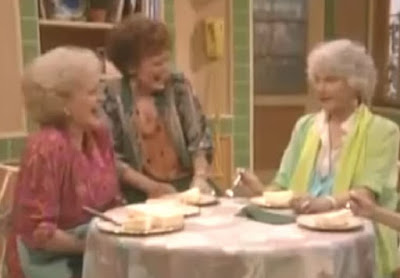 Now that Sophia is away, the girls need to work more to replace her. Dorothy actively searches her mother and blames the girls for her disappearance. A cab driver brings back Sophia's handbag and reveals that he has driven her to Shady Pines. They call her but she says that she does not want them to pick her up. Dorothy is afraid she will be miserable there since she remembers the place was awful. Actually, it turns out Shady Pines is a great place where Sophia gets massages and tennis lessons. Also, she does not want the girls to fight over her. Dorothy apologizes to the girls for not trusting them more and decides to let her mother work in the Golden Palace. 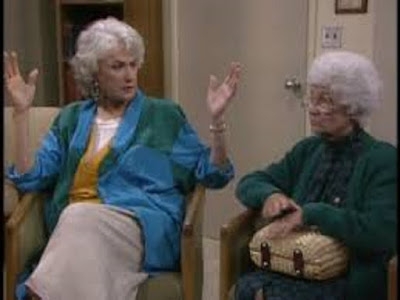 All summaries are from the IMDb.... 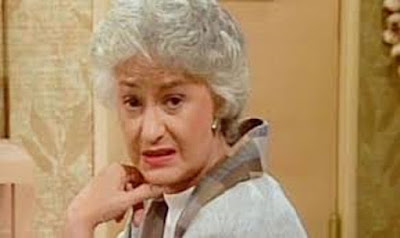 Welcome to the Hall, Dorothy! 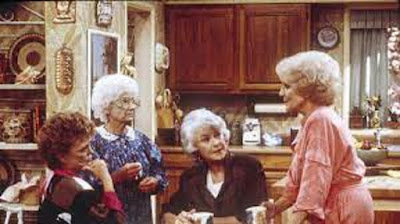 As mentioned earlier, Rose and Sophia are already in there and Blanche will be joining you next month for some cheesecake. 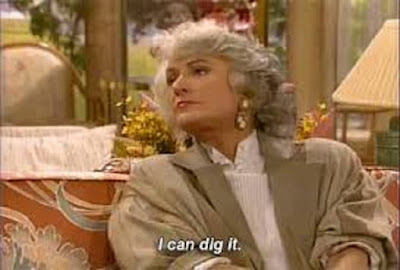 Labels: As Seen On TV, By Any Other Name, Hall of Fame, La Triviata, Life During Prime-Time, Sign of the Crossover, Tele-Folks Directory, Wikipediaphile