We’re… lurching to the last of the scheduled inductions into the Television Crossover Hall of Fame, and all three of them are part of our mini-theme for 2021 – the members of The Addams Family.

Our Addams Family inductions this year have been rather testosterone top-heavy, with the exceptions being Morticia and her daughter Wednesday.  So the overall December showcase will feature the matriarch of the family from the previous generation…. 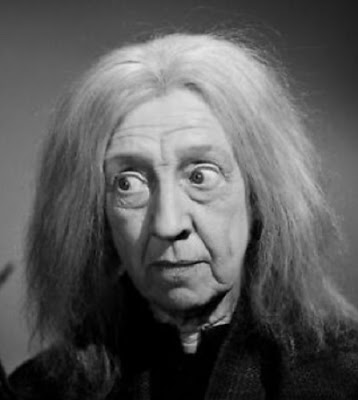 GRANDMAMA ADDAMS
[Besides, the other two inductees are better suited to particular days.] 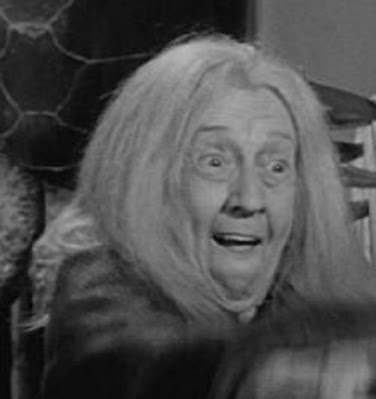 Grandmama is being inducted for her status as a multiversal, since her physical features (and especially in the animated version, her voice) were always changing.  Blossom Rock was the first actress to assay the role with the television series. But she was unable to return for the reunion TV movie and so the parade of replacements began.
[If you're wondering why the animated series, the Scooby-Doo movie, and the theatrical live-action films don't show up in this post, it's because it was Grandmama/Granny Frump, not Addams, in those productions.]
I’m handing over the rest of this ceremony to Wikipedia, as Grandmama was never a character I gave much attention…. 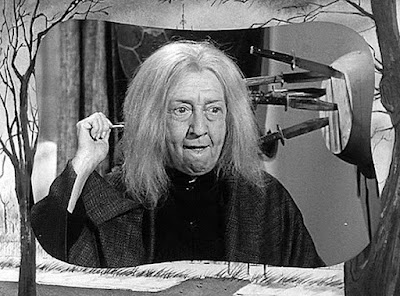 From Wikipedia:
Grandmama is a fictional character in the Addams Family television and film series. First appearing in the works of cartoonist Charles Addams, she is a supporting character in the series film, television, and stage adaptations. 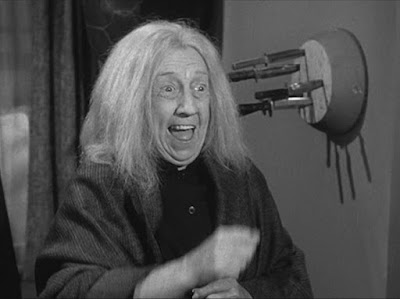 Grandmama Addams is an aged witch who concocts potions and spells, and dabbles in fortune telling and knife throwing. She is the grandmother of the Addams children, Pugsley and Wednesday, although her relationship to the other family members is less consistent. Grandmama first appeared along with the then-unnamed Addams family in Charles Addams' original cartoons published in The New Yorker, in which she was regularly illustrated with shoulder-length frizzy hair and a fringed shawl. Addams described Grandmama in a 1963 character synopsis as "a disrespectful old hag" and "foolishly good-natured ... a weak character [who] is easily led." 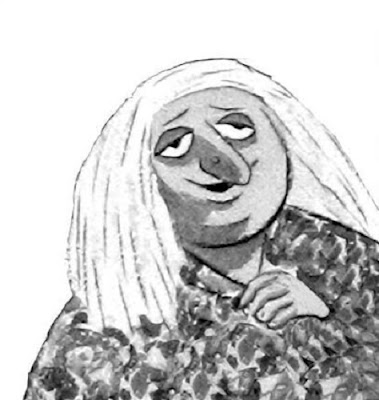 In Charles Addams' original The New Yorker cartoon strips, the character was referred to as Grandma Frump, therefore making her Morticia's mother.
For the original television series — as well as 'The New Addams Family', in which she is named Eudora Addams — her relationship to the family is retconned and she becomes Gomez's mother with a different Granny Frump remaining as Morticia's mother.

However, both the feature films and animated television series conform to Charles Addams' original concept of Grandmama as Wednesday's and Pugsley's maternal grandmother. In the first film, Morticia and Fester discuss how "Mother and Father Addams" were killed by an angry mob, removing any possibility that Grandmama could be Gomez and Fester's mother. In the third film, in which she is named Esmeralda, she is again implied to come from Morticia's family. The character is simply referred to as Granny in the two animated series.

In the 1992 series, Grandmama is of Morticia's family, when she introduces herself with the line "the name's Granny Frump". 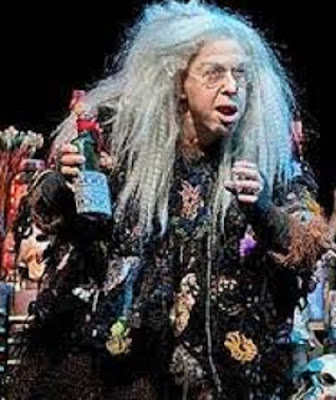 In the Broadway musical "The Addams Family", Morticia refers to Grandmama as Gomez and Uncle Fester's mother, to which Gomez reacts with surprise and says that he thought she was Morticia's mother. Morticia later says that Grandmama "may not even be part of this family". 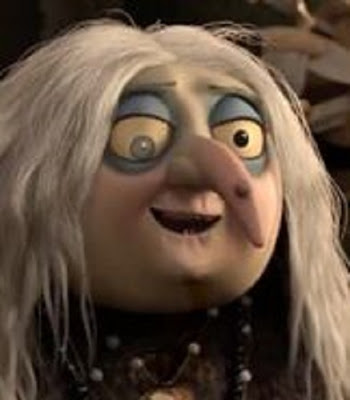 In the animated film and its sequel, she is Gomez and Fester's mother while Granny Frump is long dead. 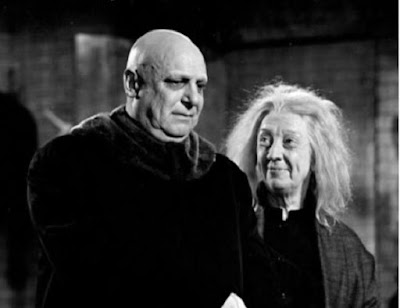 The character was named "Grandmama" for the 1960s television series in order to avoid confusion with Granny from 'The Beverly Hillbillies'. She was played by Blossom Rock, who won the role over actresses such as Minerva Urecal and Marjorie Bennett, while Alice Pearce had been rejected after the producers deemed her too young for the part. She is depicted as being good friends with Morticia's mother Granny Frump (portrayed by Margaret Hamilton) who is also the mother of Morticia's sister Ophelia. 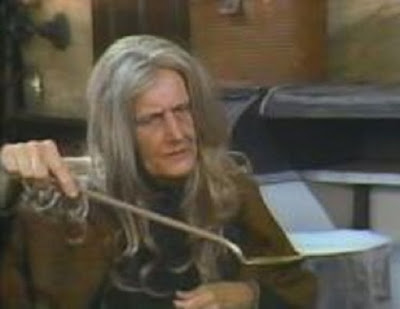 Due to illness, Rock was the one regular cast member from the show who did not return for the 1977 reunion film Halloween with the New Addams Family, and she was replaced as Grandmama by Jane Rose. 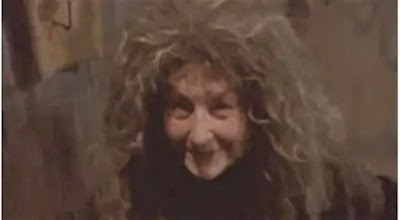 Grandmama was played by Betty Phillips in the 1998-99 television series The New Addams Family.
Bette Midler voiced the character in the 2019 computer-animated film. She is shown to be Gomez's and Fester's mother. When she arrives at the Addams Family house before the Saber Mazurka following her robbery in Spain, she treats Pugsley to the candy that is on her feet. 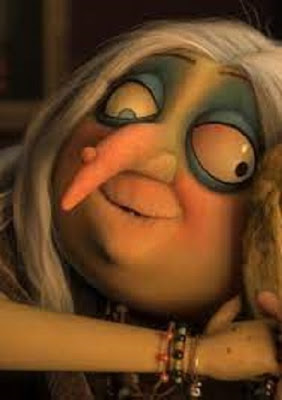 At one point, Grandmama called Lurch by the name of "Fabio". Grandmama is also revealed to have a dwarfish sister named Sloom (voiced by Jenifer Lewis) who oversees Pugsley's Saber Mazurka and had an argument with her which Grandmama claimed that she won. 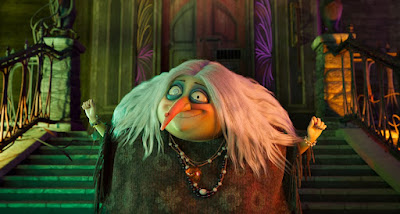 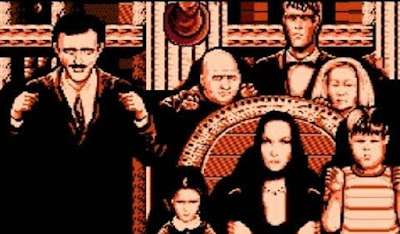 In the 1989 Nintendo Entertainment System game "Fester's Quest", the instruction booklet says Grandmama's psychic powers foretold the alien invasion that would come and abduct all the people in the city, so she invokes a curse on the family mansion. As a result, when extraterrestrial scouts scan the Addams residence for life forms they find none, thanks to Grandmama's curse.
Grandmama was played by Jackie Hoffman in the 2010 Broadway musical, in which her relation to the family in the storyline is ambiguous. In Act Two, Morticia tells Gomez that "[his] mother came to our home and now she's here forever" to which he replies "Wait, I thought she was your mother!", referencing Grandmama's ever changing relation to the family in the franchise. Morticia later says that Grandmama "may not even be part of this family".

For the Hall, Blossom Rock will be the official portrait of Grandmama Addams.  And all of those movies and animated series in which the Grandmama depicted was a Frump and not an Addams, they are not included in the roster.  (Save for the Broadway version, because it remains a riddle as to which side of the family she was from.)

The fact that I’m not including Grandmama/Granny Frump does not invalidate the Scooby-Doo movie, nor the 1970s animated series, both of which used other original actors from the first TV series.  It’s just that Granny Frump [Janet Waldo] was visiting/living with them at the time.  (Grandmama Addams may have been dead.) 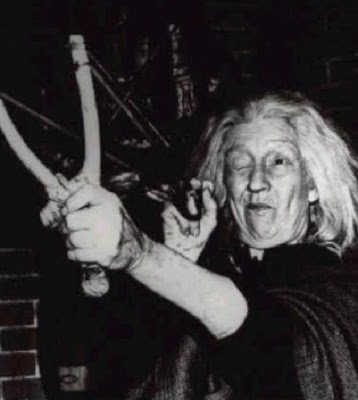 Welcome to the Hall, Grandmama Addams!  No matter which dimension you’re from, you do you.
And in keeping with showcasing Grandmama for December.... 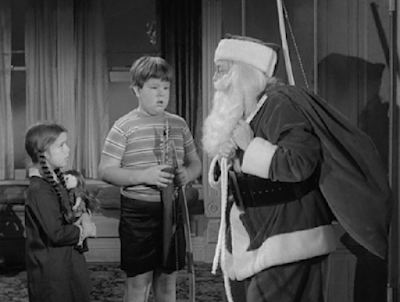 Labels: Alternateevee, As Seen On TV, Big Screen TV, By Any Other Name, Game of the Name, Hall of Fame, La Triviata, Life During Prime-Time, Outside the Box, Recastaways, Tele-Folks Directory, Tooniverse, Wikipediaphile