SPLAININ TO DO - T-ZONE EASTER EGGS 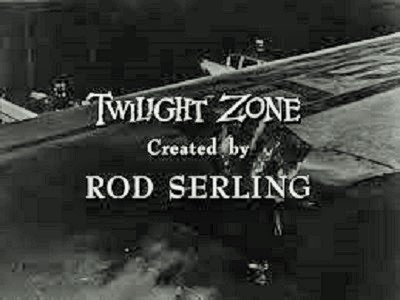 On April Fool’s Day, the streaming premium platform CBS All Access debuted the new version of ‘The Twilight Zone’, with Jordan Peele overseeing the production and serving as the narrator.
I suppose it’s a marketing ploy to lure new subscribers to the service, but the first episode, “The Comedian”, is also playing on YouTube for free.  I don’t know how long that will last online and I doubt they’ll be sharing anymore, but it gave me a good idea of the new series and I think it’s in good hands.
What I wanted to cover were some of the in-jokes to be found in that first episode and what effect they might have on Toobworld at large.  Most of them can be dismissed as not being very much of a threat to the main TV Universe, threats which I call Zonks.  But there is one that might need some splainin to do.
Let’s start with the game of the names.
As Samir Wassan made his “enemies list” of those he was going to deal with in his stand-up act, a lot of those names had previous connections to the original series.  The boorish comic Joe Donner got his last name from director Richard Donner, and allegedly the surname “Matheson” is suppoed to appear in every episode.  Richard Matheson was one of the top writers for the show.  I didn’t catch the name during the episode, however.
Here are three of the names which are connected to the original series, but they weren’t derived from people behind the scenes.  Instead, they were the names of characters.
From “Casey At The Bat”:

From “The Night Of The Meek”:

And finally there’s this name, from “Mirror Image”:

Apparently there are a lot more as he move through his enemies list, but most of them are probably blink and you’ll miss them, like on this actual list:

There’s another name to deal with – this lager enjoyed by fellow comic Didi  The brand name is “Kanamit”.  As any T-Zone fan knows, the Kanamits were aliens who had come to Earth to harvest humans as potential late-night snacks, as seen in the classic episode “To Serve Man”. 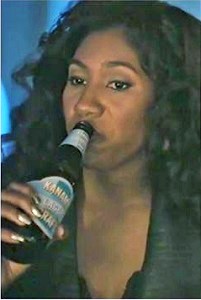 This is an easy one.  It’s a micro-brew offering; and they always have strange names.  It was a sick joke for this particular brewmeister to give his lager the name of an alien race that had once attempted to nosh on the entire human race.  (I bet in the small print on the label there a remark that it goes great with Soylent Green.) 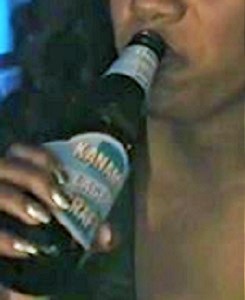 (Regarding ‘To Serve Man’ – that episode can remain in the main Toobworld despite an alien invasion that absconded with a lot of humans.  Off-screen after the episode played out, it was a one-time only expedition.  I feel comfortable in claiming that the Time Lord known as the Doctor took care of the Kanamits.)

So there’s one last Easter Egg in-joke and this one is more than just a name game.  In the backstage dressing room for the comics, you can see the original ventriloquist dummy from one of Cliff Robertson’s episodes, “The Dummy”. 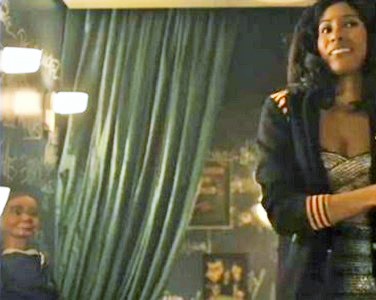 I’m sure everyone in Team Toobworld knows what happened in the end of this episode, the great T-Zone twist which featured George Murdock.  But if you don’t know, go watch it and then come back. 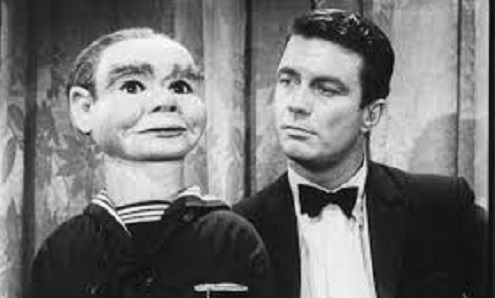 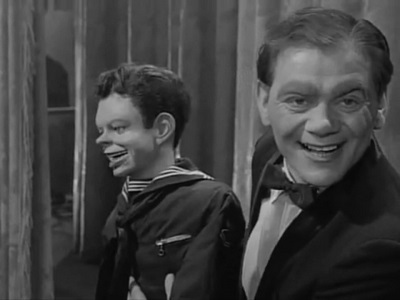 By the end of that episode, which took place in the early sixties, Willy the Dummy now looked like his “handler”, Jerry Etherson while the ventriloquist looked like the dummy.  Fifty plus years later, and we see the original dummy in this episode. 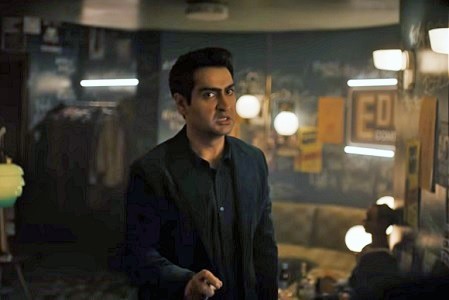 I suppose Willy could have reverted to his original look in those intervening years, perhaps after and maybe even because Jerry Etherson died.  And now he was “owned” by somebody else.  But I think in this case I’ll cite Occam’s Razor with a simple splainin – Willy might have been one in a series of ventriloquist dummies - the type anybody could buy in a store, a stand-in dummy until a novice ventriloquist might use until he could commission a special one unique for his act. 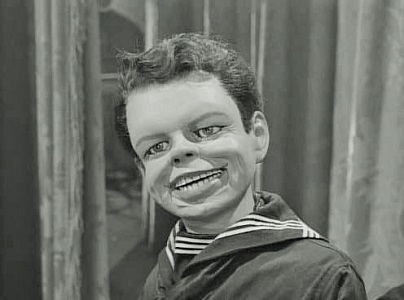 In this case, it could be that Jerry Etherson became attached to his original, mass-produced dummy and didn't want to part ways with him.  But Willy just happened to be the only one in the line who was somehow imbued with magical abilities and a form of life.  (I think Willy is now bronzed and kept imprisoned in the Dark Vault of Warehouse 13.)
For more about the in-joke names from the first two episodes of the new ‘Twilight Zone’, click here.
BCnU!