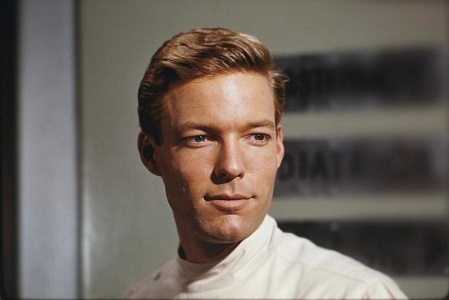 Dr. James Kildare, as immortalized in Toobworld by Richard Chamberlain, is actually a multiversal.

From Wikipedia:
Dr. James Kildare is a fictional American medical doctor character, originally created in the 1930s by the author Frederick Schiller Faust under the pen name Max Brand. Shortly after the character's first appearance in a magazine story, Paramount Pictures used the story and character as the basis for the 1937 film "Internes Can't Take Money". Metro-Goldwyn-Mayer (MGM) subsequently acquired the rights and featured Kildare as the primary character in a series of American theatrical films in the late 1930s and early 1940s, several of which were co-written by Faust (as Max Brand), who also continued to write magazine stories and novels about the character until the early 1940s.

For the main Toobworld, Earth Prime-Time, the official Dr. Kildare was portrayed by Richard Chamberlain, but he could be found in other TV dimensions.

Also from Wikipedia:
In 1953, Lew Ayres was approached to play "Dr. Kildare" in a television series, which would feature Dr. Kildare having finally taken over the practice of a retired Dr. Gillespie. After two pilots were filmed, Ayres refused to work further on the project unless the television studio refused to allow cigarette companies to sponsor the program. Ayres later explained, "My feeling was that a medical show, particularly one that might appeal to children, should not be used to sell cigarettes." The studio would not agree to reject lucrative advertising, so the project was abandoned.

A second attempt at a television series was made in the early 1960s with 'Dr. Kildare', a NBC medical drama television series starring Richard Chamberlain in the title role, produced by MGM Television and inspired by the original Dr. Kildare stories and films. Lew Ayres appeared as "Dr. Gillespie" in a 1960 unsold and unaired pilot (with Joseph Cronin as Kildare), but Raymond Massey was cast as Gillespie in the version that finally went to air.

Premiering on September 28, 1961, the series was a top-10 hit with audiences and ran until April 5, 1966, for a total of 191 episodes in five seasons. The first two seasons told the story of Dr. James Kildare (Chamberlain), working in a fictional large metropolitan hospital while trying to learn his profession, deal with his patients' problems and earn the respect of the senior Dr. Leonard Gillespie (Massey). In the third season, Dr. Kildare was promoted to resident and the series began to focus more on the stories of the patients and their families. The success of the show (along with ABC's contemporaneous medical drama Ben Casey) inspired the launch of numerous other television medical dramas in the ensuing years.

In 1972 MGM Television created a short-lived syndicated drama series called 'Young Dr. Kildare', starring Mark Jenkins as Dr. James Kildare and Gary Merrill as Dr. Leonard Gillespie. The series was not a success, and only 24 episodes were produced.

'Young Dr. Kildare' would be relegated to Toobworld2, the Land O' Remakes, while the two pilots made with Lew Ayres reprising his portrayal of Kildare from the movies would go to a Borderland which the Television Universe would share with the Cineverse and those movies which starred Ayres.

One day I think Dr. Kildare will make it into the TVXOHOF, not only as a multiversal character, but as a multidimensional, seen as three different incarnations across the greater TV multiverse.

But that's not why I'm writing this post.  It's actually about the Audioverse portrayal of Dr. Kildare, also assayed by Lew Ayres.

According to an old time radio site, "The Story of Doctor Kildare" radio show was one of the more popular medical drama serializations on old time radio.  It is restricted to that fictional universe of the audioverse, that "theatre of the mind", because the characters who inhabit it are like the people from the Isle of the Blessed as described in the 2nd Century book "True History" written by Lucien of Samosota.  They have no physical presence; they are only voices.  Sometimes they cross over to Earth Prime-Time Such a vocal crossover is a voice-over.  Some voice-overs are the offspring of a union between somebody from the Audioverse and somebody from Toobworld.  (At least in Skitlandia we saw this happen with Don Pardo.)

But that doesn't mean the Audioverse stories of Dr. Kildare couldn't have happened to his televersion as well.  We don't even have to have seen it played out in that classic TV series.

And we don't even have to look to the 'Dr. Kildare' TV show for confirmation of the existence of the radio show characters in Toobworld.

We could find possible proof in another TV show.

As great as Lionel Barrymore, Lew Ayres, and Virginia Gregg are in their roles of Gillespie, Kildare, and Nosy Parker, we're concerned with the intern Paul Bailey.

Acknowledgement of the existence of Dr. Paul Bailey in Earth Prime-Time came in March of 1971, with a simple intercom message heard at the airport:

'COLUMBO'
"RANSOM FOR A DEAD MAN"

Poor Dr. Paul Bailey.  Even after crossing over to the TV Universe, he still couldn't be seen!

Paul Bailey was played on the radio by Lawrence Dobkin who had a very succcessful career as a utility player - ably supporting the lead or sometimes playing the villain in all genres of TV shows and movies.  Westerns, war dramas, mysteries, even sitcoms like 'Gilligan's Island' and sci-fi shows like 'Star Trek: The Next Generation'.

The 'Dr. Kildare' radio episode was broadcast on June 22, 1951, so if the story of Paul Bailey did play out again later in the TV Universe and Larry Dobkin was able to play the role once more, then he would have looked like this at the time: 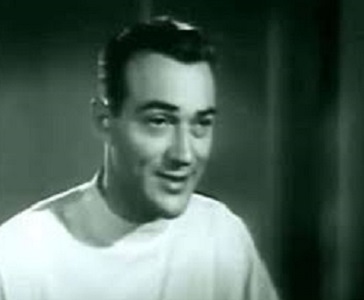 By the time of that second pilot episode of 'Columbo', however, he would have been more than likely looking like this: 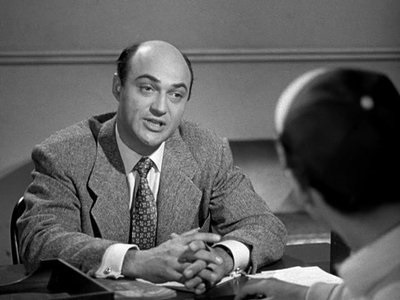 Thanks to the use of toupees, Dobkin was able to easily transition his characters from one look to another.  And it would serve as a good indication of the passage of time, at least a decade's worth.

It's just for the chance to write up such flights of fancy as this one that I always pay attention to the names being paged over the intercom during a TV show.  (The best were in 'St. Elsewhere' as we always heard the names of other TV doctors being called.)