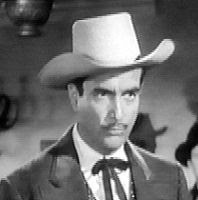 I seem to remember that CBS had a series titled Johnny Ringo that ran in the '59-'60 season. Of course, I also seem to recall it had very little to do with the real Ringo.

Johnny Ringo was also featured in the Doctor Who episode "The Gunfighters," set in Tombstone around the Gunfight at the OK Corral.