LEAGUE OF THEMSELVES - KIERNAN SHIPKA 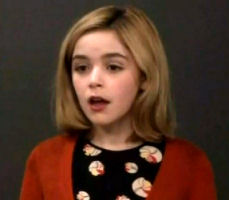 Shipka began doing commercial print modelling when she was a baby.

As part of 'Mad Men''s ensemble cast, she won the Screen Actors Guild Award for Outstanding Performance by an Ensemble in a Drama Series in 2008 and 2009.

Shipka's individual performance on 'Mad Men' has been well received. In naming her as his dream nominee for the "Outstanding Guest Actress in a Drama Series" Emmy Award, Austin American-Statesman critic Dale Roe remarked, "This 10-year-old actress was so affecting as troubled Sally Draper last season that it seems odd that she's only just been upgraded to series regular. If Shipka's upcoming 'Mad Men' work—struggling with the broken marriage of her parents and entering preteendom in the tumultuous 1960s—remains as amazing as it was in season 3, this is a ballot wish that could come true next year."

Initially a recurring guest star, Shipka was upgraded to a series regular with the start of season 4. 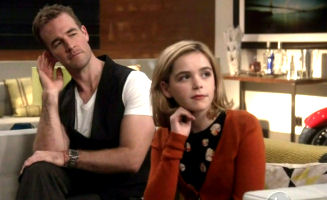 SYNOPSIS:
James Van Der Beek accepted a part without reading the script just so he could work with child star Kiernan Shipka, but it's a body swap and learning to be a pre-teen girl in his studly body proves extremely hard. he does however learn to appreciate fan adoration again. (from the IMDb)

O'BSERVATION:
I didn't realize it when I chose her for today, but I guess Kiernan Shipka stands as my contribution to the International Women's Day.  Granted, she's a young girl, but as herself or as Sally Draper, she is wise beyond her years.  And on the Toobworld timeline, the character of Sally Draper in 'Mad Men' is now my age.....