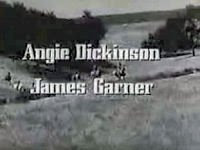 In the 'Cheyenne' episode of "War Party", Cheyenne Bodie found himself attracted to the wife of a man he had shot in self-defense. Her name was Jeannie, and she felt the pull as well, offering herself to him willingly.

Cheyenne backed off at the last moment; however, he admitted that he wasn't strong enough (morally) to do so. It was just the thought that her husband, Morgan, was lying in the next room, a man he shot, that kept him from taking her.
Having seen "Missouri Breaks", I find it hard to believe now that any cowboy would resist the temptation to have his way with a lonely frontier wife. (Well, maybe Roy Rogers and Gene Autry, but that's about it....) And I think that with the threat looming over them from the three bad guys bunking down in the barn, as well as the imminent danger from the Sioux tribe on the warpath, Cheyenne

and Jeannie did succumb to their passion during the night. (At one point we see Willis Peake - played by James Garner - watching the cabin window.... But what can he hear from there as well?)
When Morgan confronted Jeannie the next day that he heard them in the other room the night before, I think it could be interpreted that he meant more than their earlier conversation.

We never learned the last name of Morgan and Jeannie, just that they grew up together in Virginia. So.... let's suggest the surname of "Whitman"......
And we never learned where they ended up after abandoning their cabin because of the Indian uprising. Maybe they continued West towards California; maybe they headed back East. If so, perhaps they went home to Ol' Virginny, or maybe they decided to buy some farmland in the mid-west, maybe Ohio or even western New York state.
If Jeannie became pregnant by Cheyenne (and this being TV, of course she would!), we could make the suggestion that the descendants of that brief coupling could show up anywhere - anywhen! - in Toobworld.
One possible suggestion? 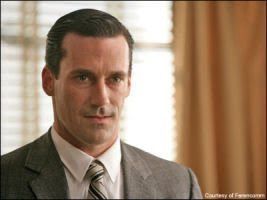