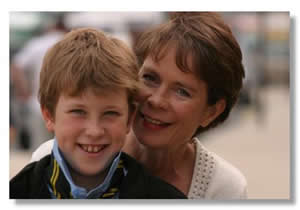 Gloria Millington was a widow who lived in the Norfolk town of Market Shipborough with her son Scott. There she worked as the office manager for lawyer Peter Kingdom.


We don't know what her maiden name is, and a visit to her father wasn't of much help as he was only referred to as Cyril.
I bring this up because without a last name, Gloria Millington could be considered the sister to Miss Kizlet, the chief mind-slave of the Great Intelligence. She worked out of the 65th floor of the relatively new London skyscraper "The Shard". 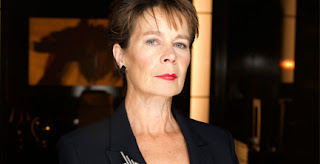 Once the jig was up and the Doctor was able to rescue his latest Companion, Clara Oswald, from the data cloud, the Great Intelligence released all of his mind-slaves so that UNIT could not trace the crisis back to it. 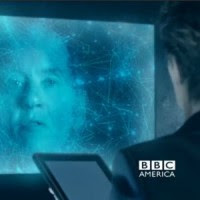 Miss Kizlet reverted back to the mental age she was when she was first enslaved by the Great Intelligence - a little girl no more than four years of age. So this must have happened at some point around 1956, assuming Miss Kizlet is the same age as Celia Imrie, who portrayed her.

The little Miss Kizlet plaintively asked for her Mummy and Daddy, who had told her that they would be right back for her... 49 years ago.

Gloria may have been a year younger or older than her long-missing sister; there's no reason she had to be an identical twin.

The loss of the little girl had been so long ago in the past that there really was no need for it ever to come up in conversations with Gloria MIllington, not with her son Scott or her father Cyril.

With the return of her memory, albeit as a four-year-old, it would surely have been a source of gossip around Market Shipborough. But it's unlikely we'll ever see Peter Kingdom and his associates there ever again.....

SHOWS CITED:
'Kingdom''Doctor Who' - "The Bells Of St. John"

Labels: As Seen On TV, By Any Other Name, Double Vision, Life During Prime-Time, Tele-Folks Directory, Theories of Relateeveety, Who's On TV, World Toob