(Reuters) - Eric Sykes, one of Britain's best-loved comedians who forged a career in entertainment by writing for others, has died, his manager said on Wednesday. He was 89.

In a career spanning over 50 years he was a regular collaborator on the popular 1950s radio comedy program "The Goon Show" and became a leading personality after starring in his own television series, "Sykes and a..." in the 1960s.

"Eric Sykes, 89, star of television, stage and film, died peacefully this morning after a short illness," his manager Norma Farnes told Reuters. "His family were with him."

Mr. Sykes' last role was that of a BookWorld character translated to Toobworld...... 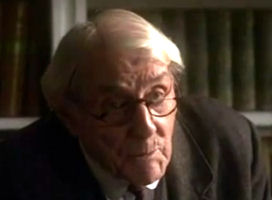 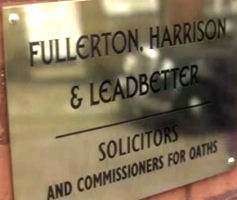 From Wikipedia:
"Hallowe'en Party" is a work of detective fiction by Agatha Christie and first published in the UK by the Collins Crime Club in November 1969 and in the US by Dodd, Mead and Company later in the same year.

The novel features her Belgian detective Hercule Poirot and the mystery novelist Ariadne Oliver. The novel focuses on child murder (with its possible sexual motivation), the irresponsibility of teenagers and the crisis in crime and punishment. 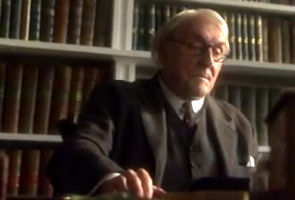 Mr. Fullerton was the solicitor for the estate of Mrs. Llewellyn-Smythe, the aunt of Rowena Drake's late husband. A later codicil was believed to have been faked by an au pair girl named Olga Seminoff who disappeared after the forgery was discovered. (She was actually murdered and her body hidden. Mr. Fullerton's clerk, Leslie Ferrier, was also murdered for his part in the subterfuge.)

When we see the police inspector take his leave of Mr. Fullerton in church, it just as well have been a farewell to Mr. Sykes as well...... 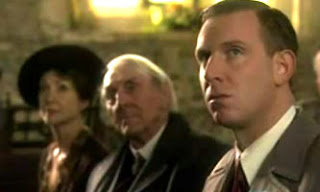 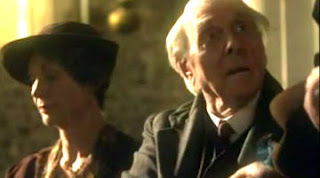 There had been several BookWorld characters in Eric Sykes' career, among them Mollocks of 'Gormenghast', Horace Harker in "The Six Napoleons" (as seen in 'The Return Of Sherlock Holmes'), and the Mad Hatter in a 1985 series based on "Alice In Wonderland". 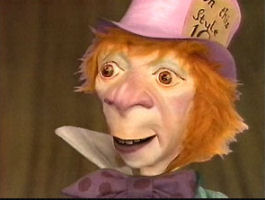 But fans of the "Harry Potter" series will probably remember his appearance in the Cineverse as Frank Bryce in "Harry Potter And The Goblet Of Fire" as his most famous literary character. 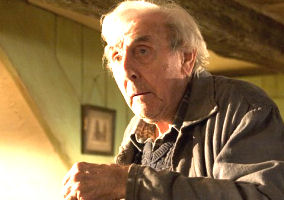