AS SEEN ON TV: EMMA BOVARY 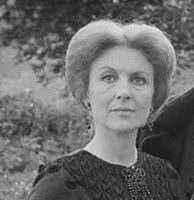 AS SEEN IN:
"Madame Bovary"

From Wikipedia:
"Madame Bovary" (1856) is Gustave Flaubert's first published novel and is considered 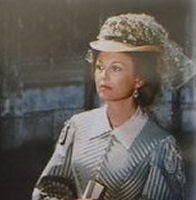 by many critics to be a masterpiece. The story focuses on a doctor's wife, Emma Bovary, who has adulterous affairs and lives beyond her means in order to escape the banalities and emptiness of provincial life. Though the basic plot is rather simple, even archetypal, the novel's true art lies in its details and hidden patterns. Flaubert was a notorious perfectionist and claimed always to be searching for le mot juste ("the right word").

Emma is the novel's protagonist and is the main source of the novel's title (Charles's mother, his former wife and, at the end of the novel, his daughter are also referred to as Madame Bovary). She has a highly romanticized view of the world and craves beauty, wealth, passion, and high society. It is the disparity between these romantic ideals and the realities of her country life that drive most of the novel, most notably leading her into two extramarital love affairs as well as causing her to accrue an insurmountable amount of debt that eventually leads to her suicide. 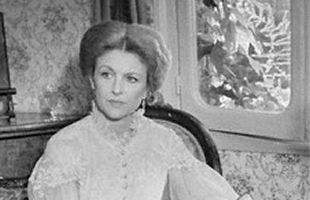 Nyree Dawn Porter played the role in a four-part TV series a full decade before this French one-shot TV movie (which was followed a year later by another series starring Francesca Annis). An argument could be made that this should be the official entry for Earth Prime-Time because it is in French. However, as the 1964 TV series had four episodes, it had more time to devote to the full story.

I think the "Franco-vision" Toobworld is the better choice for Ms. Courcel's portrayal.

Have you seen it?
I would like very much to