THE GAME OF THE NAME - PAGING CAPTAIN CALIMO 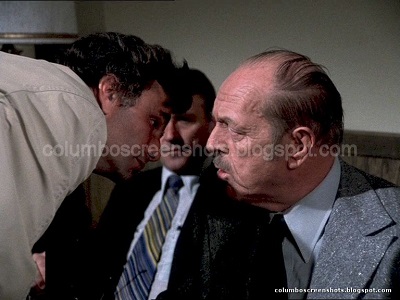 “Wait a minute .....
Captain Calimo was supposed to be here!“
CAPTAIN AUGUST
'Columbo'

'COLUMBO'
"A CASE OF IMMUNITY"

The premise of that above quote was that there had been a miscommunication regarding the Police Department's security meeting with the Ambassador from Suaria.  Captain Calimo was supposed to be there, but the message was sent to Lieutenant Columbo in error.

When Dan Carey shared that quote on the "Columbo TV" Facebook page, I added a comment about how it was a shame that Captain Calimo never showed up later in that episode or even in the series.  And then I began to wonder....  What if he did show up and we never knew it? 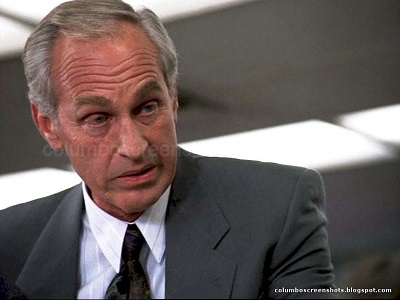 It was easy enough to research. I opened the full cast & crew page for 'Columbo' at IMDb and ran the search feature.  Sure enough, among the characters listed there was Lance LeGault as a "Police Captain" with no name attributed to him. 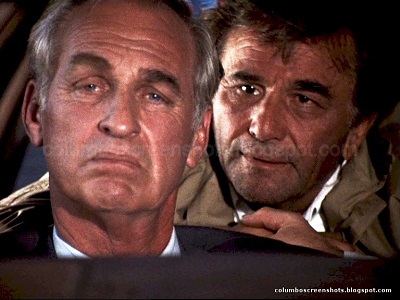 This police captain was in the later ABC run of the series, in an episode based on an Ed McBain book: "No Time To Die".  The three other cops working with Columbo to rescue the bride had names - his nephew Andy Parma, Dennis Mulrooney, and Sgt. Goodman, but not so for the Police Captain.

Unlike my personal life, I like to keep Toobworld tidy.  So why can't we assume he was Captain Calimo? 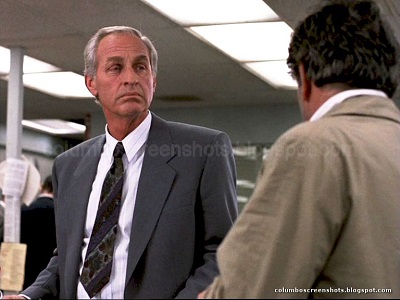 As played by Lance LeGault, this police captain was a no-nonsense commander, probably a carryover from a previous military career.  But most importantly, he had a bearing which would have been a boon to any security detail assembled to provide protection for the royal visit of the King of Suaria to Los Angeles.

But what they got there was a failure to communicate and so it was Lt. Columbo who was called to the meeting instead of Captain Calimo.  Fortuitous in a way because it gave the homicide detective the opportunity to get a first impression of the diplomat before Sallah felt the need to put his guard up. (He had already committed the first of two murders.)

Thanks to Dan Carey of the "Columbo TV" Facebook page for inspiring this post when he shared the quote about Captain Calimo.  The "Columbo TV" members are a talented and imaginative group of fans for 'Columbo'.  Many of them have led me to "think inside the box" when it comes to this show, one of my Top Five faves.