AS SEEN ON TV: PIETRO BARILLA

Although Wednesday is Prince Spaghetti Day in Toobworld, today we're focusing on Barilla Pasta for the "As Seen On TV" showcase....... 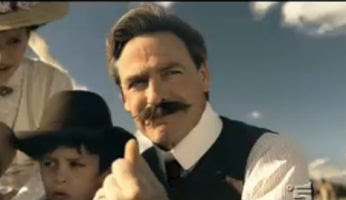 AS PLAYED BY:
Unknown at this time

Although not named in the latest TV commercial for Barilla pasta, the visionary with his family in the Parma wheatfields of 1877 is supposed to be Pietro Barilla. His shop was originally a bread and pasta shop in Parma, and is today a major food company throughout Europe as well as America. In continental Europe they specialize in pasta sauces; in Italy, bakery products; and they've cornered the market in crispbread in Scandinavia. 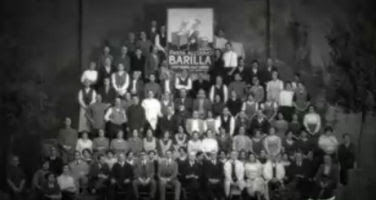 I don't know who the actor is playing Pietro Barilla, but it's not Italian actor Robert Farnesi mentioned in several other sites. He plays the Italian chef who bumps into the American woman on the street and later prepares a special dish of Barilla pasta for her in his restaurant.

If you know who the actor is, let me know here at Toobworld Central. Grazie!

Rumors on other websites that the actor who played Pietro Barilla is well-known actor James McCaffrey, who plays Tommy Gavin's dead cousin, Jimmy Keefe in "Rescue Me."