For the final Friday Hall of Famer for July 2020, we’re returning to this month’s “half-theme” of TV detectives.  And as you’ll see from this list of other shows which referenced it, it’s more believable that a TV show would be made from this TV character’s life than it would be for other characters like ‘Hazel’ or ‘The Brady Bunch’…. 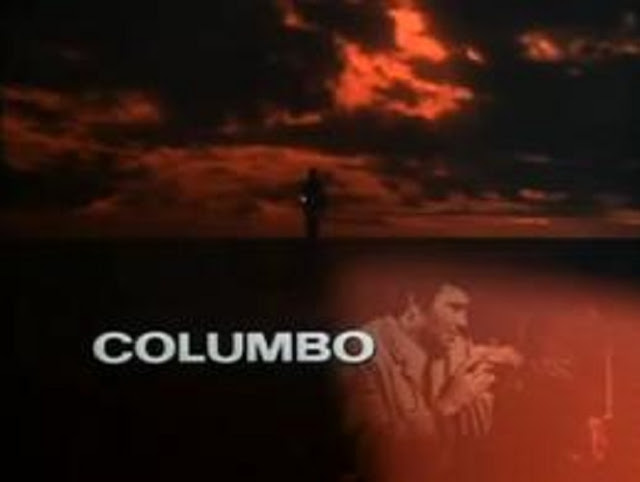 “COLUMBO”
Lt. Frank Columbo was inducted into the Hall back in 2005 to celebrate a milestone birthday of mine.  But this time we’re inducting the TV series – not the one we watch, that’s real life in Toobword! – but the televersion which TV characters – like Lt. Columbo himself – watch and love.

We have precedence for TV shows being made about real policemen. Frank Serpico is a good example for that. And with all of the celebrity murderers arrested by Columbo – actors, symphony conductor, a chess champion, a decorated war hero, a cosmetics queen, a senatorial candidate, a Nazi war criminal, a couple of best-selling mystery novelists, and even his own police commissioner - publicity for a show about his cases would of course be a ratings grabber.
Some tele-fictional TV producer would easily recognize the potential for a TV series in the Lieutenant’s career; all he had to do was pick up a copy of the L.A. Tribune to see that! 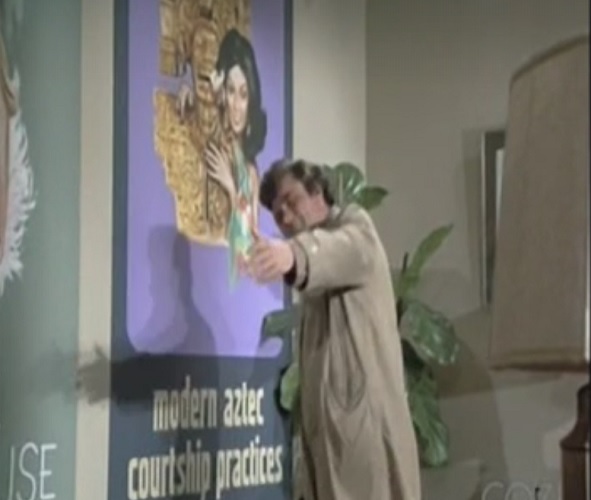 I used to think that Columbo’s TV show within the TV Universe might have been based on the book he was planning (threatening?) to write, but by 1974 he was still only thinking of it (“Publish Or Perish”).  By then there were already references to Columbo on other TV shows. Being in Los Angeles, Fred Sanford (‘Sanford and Son’) probably had seen him on the evening news; but clueless Arthur (‘Lotsa Luck!’) in New York City?

And there is no getting around the fact that the televersion of Peter Falk played Columbo on the Toobworld tube as he did in the Real World.  This was established in an episode of ‘Remington Steele’ with a comment by Laura Holt, and possibly in the episode of ‘The Larry Sanders Show’ in which Peter Falk appeared as a member of the League of Themselves.

‘Columbo’ in Earth Prime-Time is not the same as the show we watch here on Earth Prime.  Many of the cases which would be dramatized could have been based on the “actual” cases we saw depicted in our version (which was reality to Toobworlders.)

As such, the actors they see playing the “true” killers might be fictional actors from other shows.  For instance, when Toobworlders watched their version of the first pilot, "Prescription Murder", maybe the murderer didn't look like Gene Barry as he did in the version we saw.  Maybe Dr. Ray Flemming looked like TV actor Sam Garrett.  (Richard Mulligan played Garrett in the TV series ‘The Hero’.  Garrett played the lead in the Toobworld Western ‘Jed Clayton, US Marshal’.) 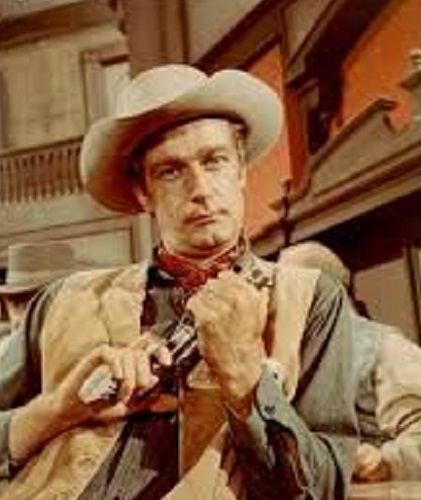 As was the case with Peter Falk playing the Toobworld Columbo, other actors who appeared in the true ‘Columbo’ could have played their own televersions playing those “real-life” people involved in those cases.  For instance, Robert Conrad played himself on ‘America 2Night’ and ‘Just Shoot Me’.  Since he bore such an incredible resemblance to Milo Janus, he could have played the role in both worlds.

Here's another example: horror-meister Vincent Price could have been an “identical cousin” to cosmetics king David Lang.  (And in Toobworld, that really could have been the case.)  Price played his own televersion in episodes of ‘Here’s Lucy’ and ‘The Jimmy Stewart Show’. So he could have been cast as David Lang in the Toobworld adaptation of the “Lovely But Lethal” case.

In any case, here are some of the references to ‘Columbo’ which verify its existence in Earth Prime-Time.  (Not included are references from The Tooniverse, Skitlandia, alternate Toobworlds, and Reali-TV.)  Most of these are the modern equivalent to calling somebody “Sherlock Holmes”, usally for stating something O’Bvious.  (“No bleep, Sherlock.”)  The rest are references to details about the show…. 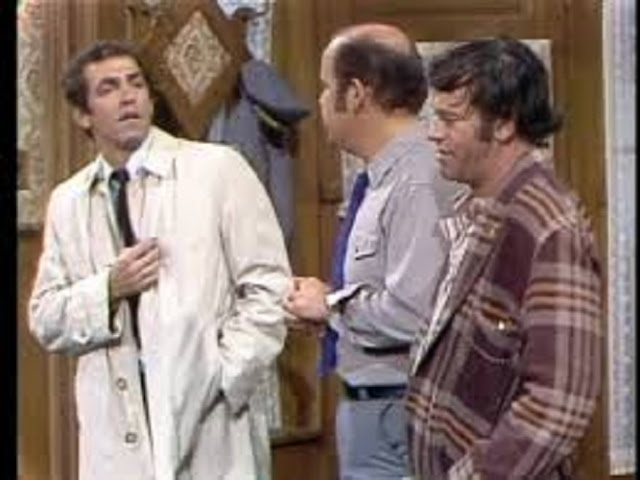 Are You Being Served?:
Big Brother (1974)
Mr Lucas does his impersonation of the detecive.

Q & Q:
Buizenpost (1976)
Adjudant Mudde says his name is Mudde and not Columbo

George & Mildred:
My Husband Next Door (1976) Mildred mentions that while the TV set is away, George has imitated Columbo

Are You Being Served?:
Take-Over (1977)
One of Young Mr. Grace's suggestions for preventing the take-over is "taking a photograph of his secretary in bed with Mr. Willit" and Mr. Lucas says they did that on Columbo.

The Sweeney:
Hearts and Minds (1978)
Mentioned by Eric.

Wonder Woman:
Amazon Hot Wax (1979)
After stumbling upon a mystery, Jerry says 'How come we become the Columbos all of a sudden?'

The Facts of Life:
The Halloween Show (1983)
Jo tells Natalie "I hate it when you play Columbo", and later on Natalie would repeat the same thing to Jo.

Cagney & Lacey:
Matinee (1984)
Cagney and Lacey both mention this show

Perfect Strangers:
Black Widow (1990)
Lydia: "You do not have to be Columbo to figure out what's going on around here."

Likely Suspects:
Pilot (1992)
Detective Marshak says 'Columbo' when he finds a piece of evidence on the rug in the victim's house.

The George Carlin Show:
George Lifts the Holy Spirit (1994)
It comes on some time after ‘Matlock’.

The Larry Sanders Show:
The Fourteenth Floor (1994)
Mentioned once.

The Nanny:
A Fine Friendship (1995)
Fran mentions the character, Columbo, by name.

The Practice:
The Trial (1998)
Mike refers to Helen as Columbo.

Hit and Run (1999)
(TV Movie)
One of the characters refers to what's happening in the movie as something she saw on an episode of "Columbo."

Everybody Loves Raymond:
Pants on Fire (1999)
Frank calls Robert Columbo after he makes an obvious observation

That '70s Show:
Eric's Panties (2000)
Kelso referres to himself as the "Columbo of panties"

The Office:
Work Experience (2001)
Tim refers to Gareth as 'Columbo'

Do Over:
Investing in the Future (2002)
Bill refers to Principal Rudd as "Columbo."

Still Game:
Gairden (2003)
Navid is disappointed by a Shatner episode.

O’Bservation: It was probably “Butterfly In Shades Of Gray” from 1994.

That 70s Show
Acid Queen (2003)
Kitty says she'd like to give a bath to the little guy who plays Columbo.

Without a Trace:
Gung-Ho (2004)
This TV series and one of its episodes (the plot of which resembles the story in this episode of W.A.T.) is mentioned in a conversation.

Peep Show:
University Challenge (2004)
Mark successfully uses Columbo's "Just one more thing" technique to find out where April is at university. He praises Columbo for this.

Gilmore Girls:
Just Like Gwen and Gavin (2006)
One of the kids at the carnival jokingly refers to Kirk as "Columbo" for his deductive skills.

Psych:
Shawn vs. the Red Phantom (2006)
Shawn refers to Gus as "chocolate Columbo."

Blue Murder:
The Spartacus Thing (2006)
Mayne is referred to as Columbo

30 Rock:
The Collection (2007)
Private investigator Lenny Wosniak (Steve Buscemi) turns around in a puff of cigar smoke and says "one more thing...".

Monk:
Mr. Monk Is on the Run: Part 2 (2008)
Using an alias while on the lam and working as a ragman at a Nevada car wash, Monk solves a crime, and the media dubs him "The Car Wash Columbo".

In Plain Sight:
Pilot (2008)
Mary says in voiceover: "I really wanted to turn around and pop off one of those Columbo questions -- you know, the innocuous afterthought that lets the killer know that I know he did it: [imitating Peter Falk]: 'Excuse me, do you always where white shoes after Labor Day?'" 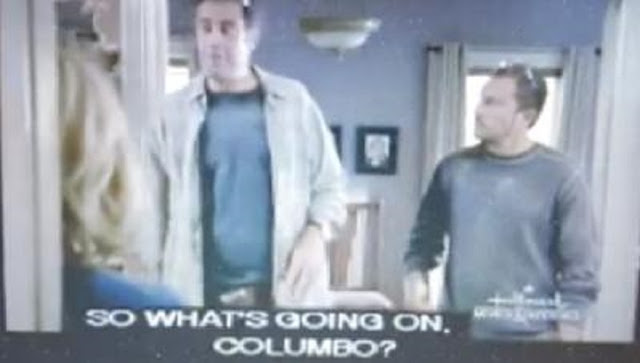 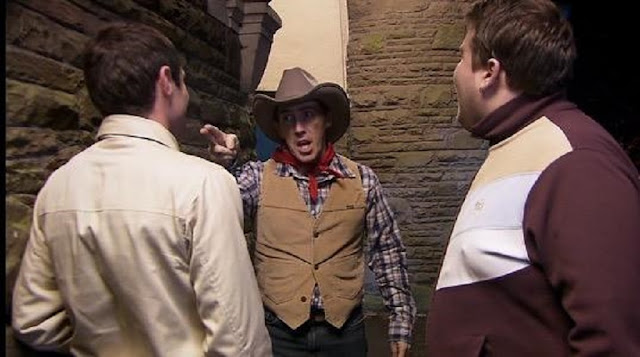 Forensic Files:
Needle in a Haystack (2009)
Michael M. Douglas, the homicide detective, makes a joking reference to the title character.

NCIS:
Power Down (2009)
DiNozzo says this never happens on Columbo, when they have to search through fingerprint records.

Being Human:
Serve God, Love Me, and Mend (2010)
mentioned in dialogue

CSI: Crime Scene Investigation:
Willows in the Wind (2012)
When D.B. asks Miss Kitty if she has a curling iron in her purse so that Catherine's gunshot wound can be cauterized, she says to him, "Are you some kind of Columbo, or something?"

Southland:
Under the Big Top (2013)
mentioned in dialogue

It's Always Sunny in Philadelphia:
The Gang Gets Quarantined (2013)
Frank says "One more thing..." as he is about to leave.

Supernatural:
Stairway to Heaven (2014)
Metatron tries on a trenchcoat in front of a mirror and mimics Peter Falk in the older show.

The Mysteries of Laura:
Pilot (2014)
Billy says to Laura: You solved another case, Columbo

O’Bservation – Nick either read Columbo’s chapter about the double murder tied to the nightclub, or he saw the televersion of the show’s reenactment of it.

Person of Interest:
M.I.A. (2015)
When she tells him her new job is as his partner as a police detective, Root refers to Reese as Columbo.

Chicago Fire:
Forgive You Anything (2015)
Mentioned in dialogue

Person of Interest:
Terra Incognita (2015)
Fusco likens Reese to the title character: "Haven't seen or even heard from Columbo since this morning."

The Detour:
The Pilot (2016)
At one point, Nate tells his son, "You don't have to be Columbo to figure out this isn't an ice cream place."

Orange Is the New Black:
Doctor Psycho (2016)
Gloria compares herself to the character of Columbo.

Bones: The Final Chapter:
The New Tricks in the Old Dogs (2017)
When Booth interrogated Rufus for the first time, Rufus says that Columbo does this differently, which Booth confirms but tells him that Columbo is an actor

NCIS: Los Angeles:
From Havana with Love (2017)
During a search Deeks asks himself what Columbo would do.

O’Bservation – As he’s located in Los Angeles just like the Lieutenant, it could be that they may have crossed paths.

The Ministry of Time:
Tiempo de esclavos (2017)
Mentioned by title by Pacino.

Still the King:
Showcase Showdown (2017)
Leia mentions watching "Columbo" with her dad when she was a kid.

Ghosted:
The Wire (2018)
One of the shows Leroy has finished watching 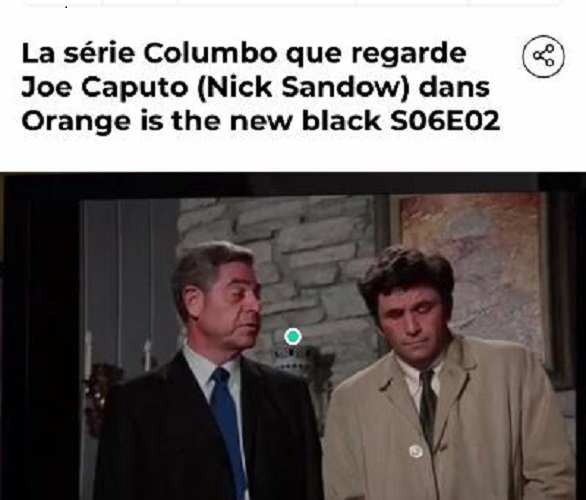 Orange Is the New Black:
Sh*tstorm Coming (2018)
The series plays on Caputo's TV.

O'Bservation - If "Suitable For Framing" was the episode playing on Caputo's TV, Peter Falk would still be playing Lt. Columbo, but that doesn't have to be Barney Phillips playing the police captain.  It could be Phillips' character Fletcher Huff from 'The Betty White Show'.  (Fletcher Huff was the co-star of the Toobworld-Only show, 'Undercover Woman'.) 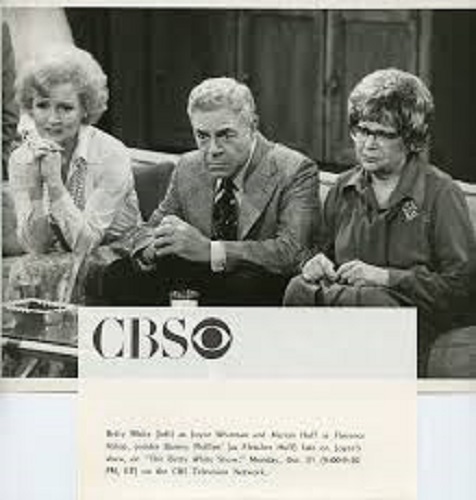 Russian Doll:
A Warm Body (2019)
John says he wears a coat like Columbo.

NCIS: Los Angeles:
Till Death Do Us Part (2019)
Roberta Deeks mentions the title character and how he solved hundreds of cases without ever carrying a gun.  (Click on Roberta's link to get more about that mention.  It could be she was talking about the actual man and not just the TV character.)

Good Girls:
Take Off Your Pants (2019)
Ruby asks Stan if he's ever seen an episode of this show.

Curb Your Enthusiasm:
The Surprise Party (2020)
Leon says that he was watching this show at 3 am.

Vagrant Queen:
No Clue (2020)
Isaac says they don't need this title character to solve the murder.

All of those descriptions were copied from the IMDb.  So don't blame me for some of the sentence structures. 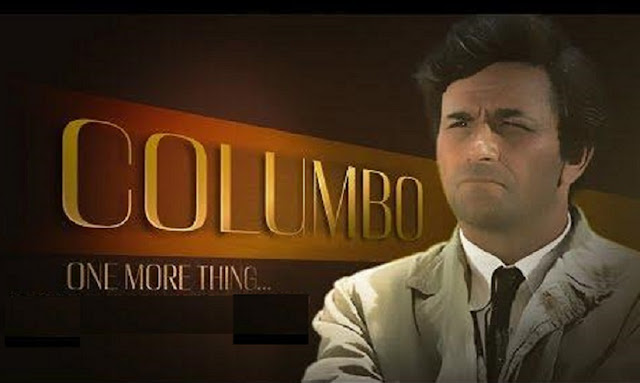 Welcome to the Television Crossover Hall of Fame, ‘Columbo’ – the series!  The actual Lt. Columbo is already here….