So if you’re inducting TV characters into the Television Crossover Hall of Fame and it’s October, who should you consider?

How about a witch? 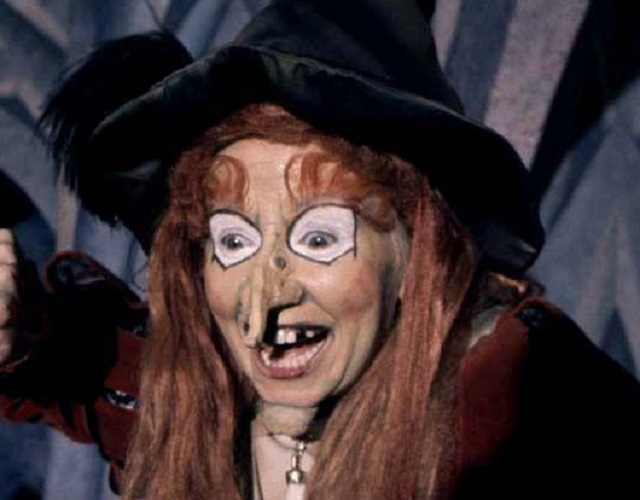 From Wikipedia:
[‘H.R. Pufnstuf’] centered on a shipwrecked boy named Jimmy, played by teenage actor Jack Wild. He is 11 years old when he arrives on the island and turns 12 in the episode called "The Birthday Party". Jimmy and a talking flute named Freddy take a ride on a mysterious boat, but the boat was actually owned by a wicked witch named Wilhelmina W. Witchiepoo (played by Billie Hayes) who rode on a broomstick-vehicle called the Vroom Broom. She used the boat to lure Jimmy and Freddy to her castle on Living Island, where she was going to take Jimmy prisoner and steal Freddy for her own purposes. 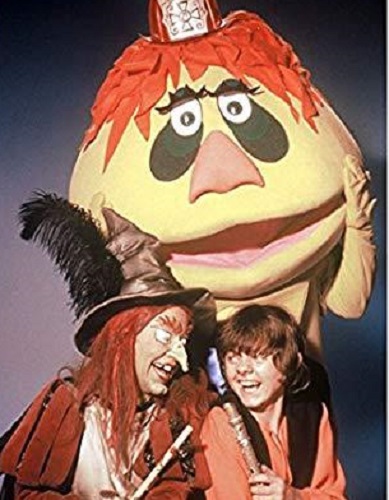 The Mayor of Living Island was a friendly and helpful anthropomorphic dragon named H.R. Pufnstuf, performed by Roberto Gamonet and voiced by the show's writer Lennie Weinrib, who also voices many of the other characters.


The dragon rescued Jimmy and protects him from Witchiepoo, as his cave was the only place where her magic had no effect. 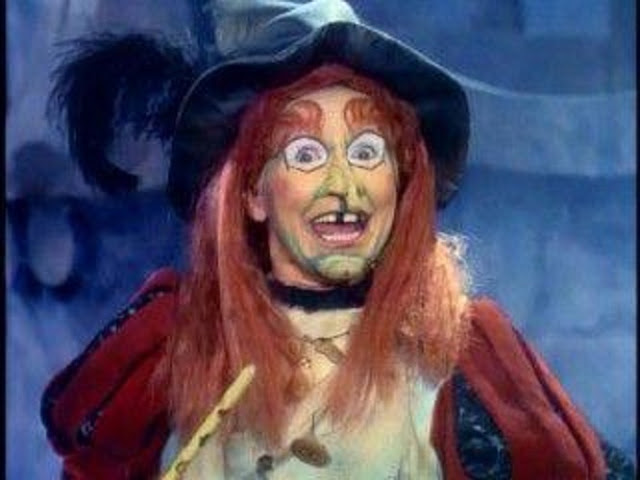 Wilhelmina W. Witchiepoo (portrayed by Billie Hayes) – The primary antagonist of the series; a wicked but ineffective witch who has been targeting Freddy the Flute to use him in her own agendas. She rides a large rocket-powered broom with a steering wheel called the Vroom Broom. 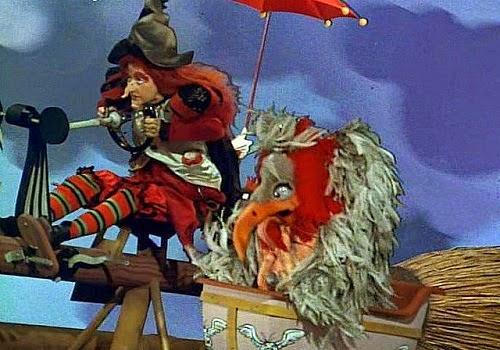 She is mean to everyone around her, even her henchmen, whom she constantly whacks with her wand. Yet when faced with failure, she usually starts to pity herself, by asking "Why me?"

Here are Witchiepoo’s credits, including a movie which has been absorbed into the TV universe of Earth Prime-Time. 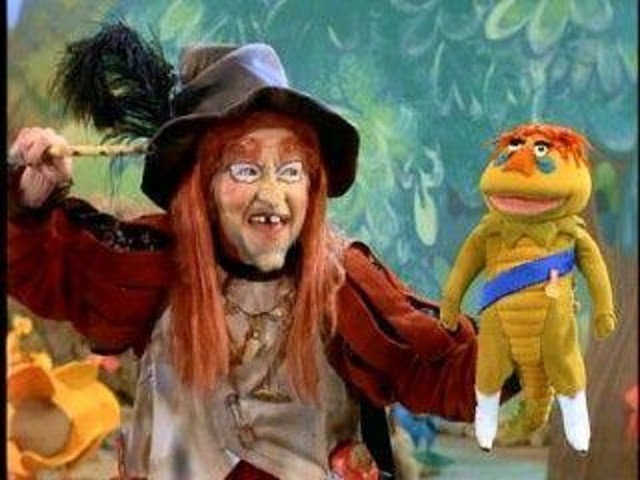 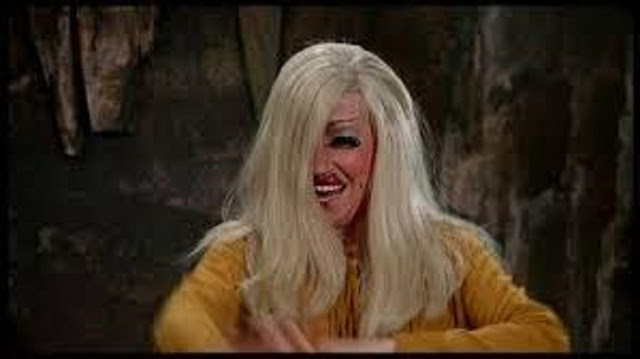 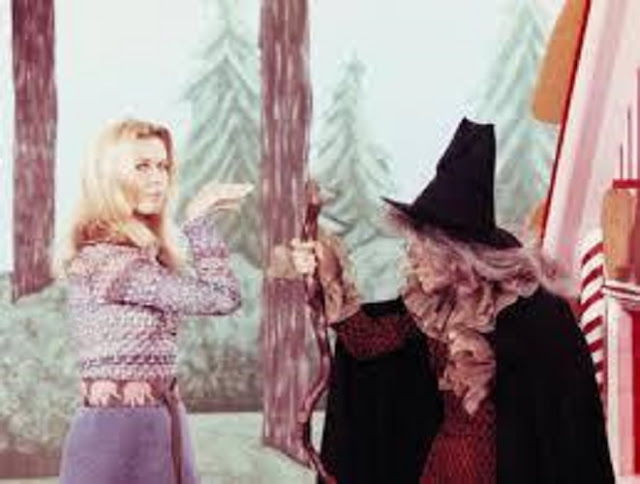 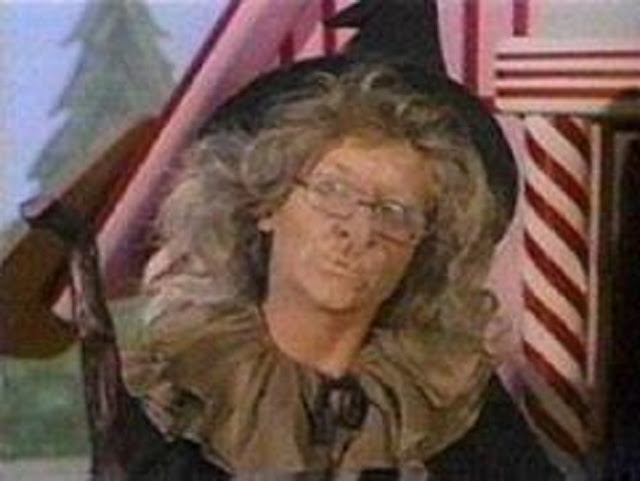 O’Bservation: She looks different, but I think it’s still Witchiepoo.  She is probably wearing a glamour to hide her true looks in order to lure Hansel and Gretel into her clutches. 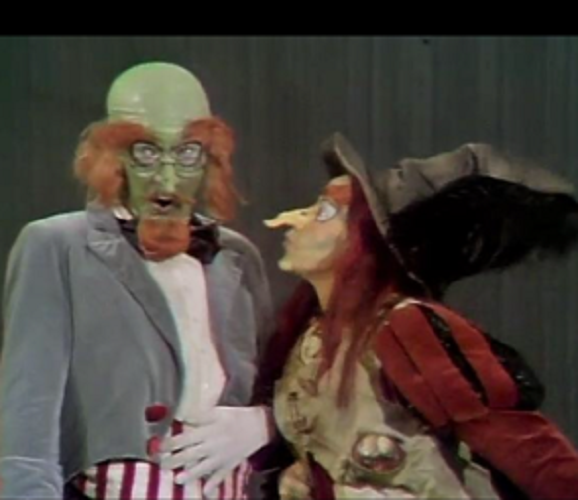 The citizens of Lidsville are in for double trouble when Hoodoo starts dating Witchipoo.

O’Bservation: Weenie the Genie is Billie Hayes’ regular role on this series. 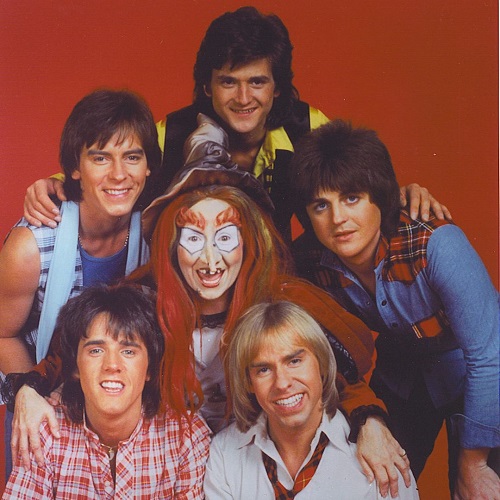 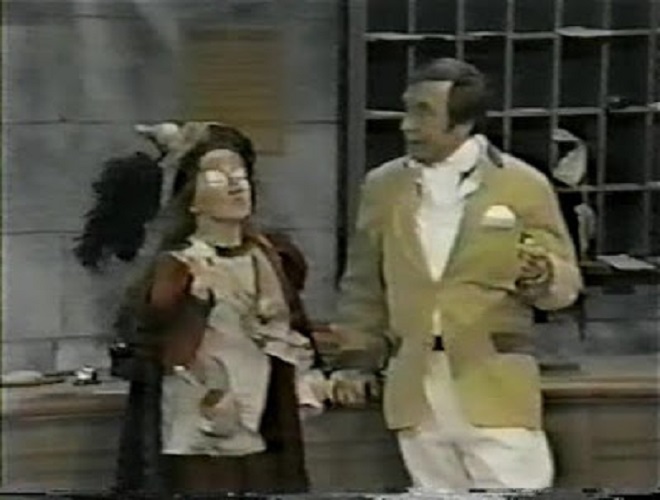 Welcome to the Hall, Witchiepoo! 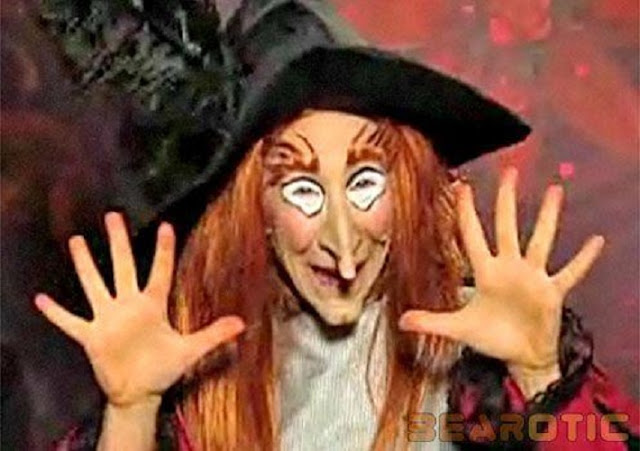 Labels: Alternateevee, As Seen On TV, Big Screen TV, By Any Other Name, Hall of Fame, La Triviata, Life During Prime-Time, O'Bservations, Sign of the Crossover, Tele-Folks Directory, Wikipediaphile

Don't forget her part in The Paul Lynde Halloween Special. She shares scenes with The Wicked Witch of the West, played once again by Margaret Hamilton. This connects, of course, to the film The Wizard of Oz, but, thanks to Hamilton's guest appearance, also connects to Sesame Street, tying together the worlds of Sid & Marty Krofft and the Worlds of Jim Henson.