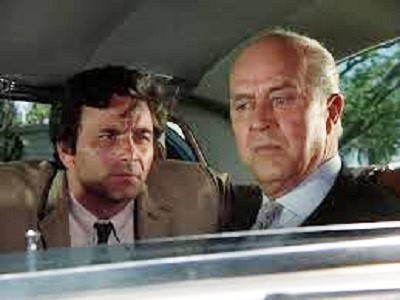 Brimmer:
Mrs. Kennicut, a detective agency runs on information. That's our raw material. Your husband owns three newspapers, two on this coast and one on the East. Whenever anything happens on the inside of business or politics or even in the jet-set.... 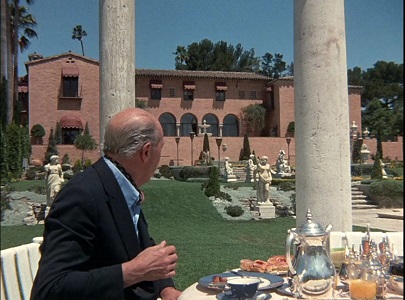 It may be a flaw in my line of thinking, but I would think that it’s pozz’ble, just pozz’ble, that Arthur Kennicut might want to establish his three newspapers as a brand.  In doing so, he would have made sure that each of them had the same basic name, with only the location for the paper being the difference.

So I’m making the claim that Arthur Kennicut owned two of the best-known newspapers of Toobworld – the New York Chronicle (also known as just The Daily Chronicle) and the Los Angeles Chronicle. 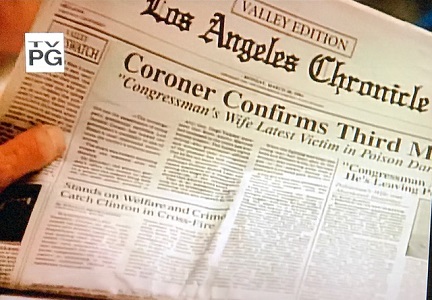 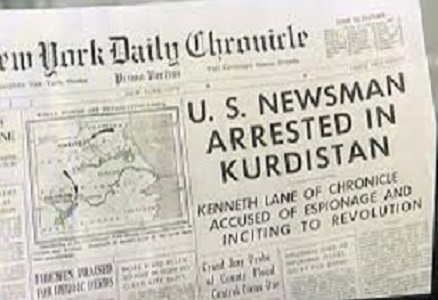 The NY Chronicle has been inducted in the last few weeks (along with Martin Lane, managing editor of the New York Chronicle).  The LA Chronicle will be inducted next week.  But as Brimmer mentioned, Kennicut owned two newspapers on the West Coast.  So what could be that third newspaper? 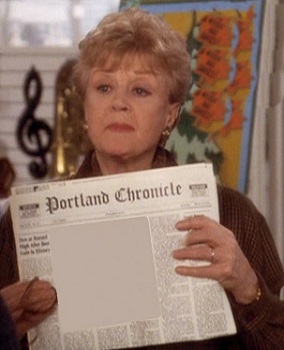 I was ready to give up on the premise that all three papers had to be the Chronicle.  I was thinking that if Kennicut did have a second West Coast newspaper, he’d want one in a really major market, where he could exert his influence over topics like the nomination of a federal judge.  (As happened in “Death Lends A Hand”.)

So I turned to San Francisco, thinking that Kennicut would consider that an important metropolis in which to control a piece of the news media.  And if there was any fictional newspaper that represented the City by the Bay, then it would be the San Francisco Dispatch as often seen in episodes of ‘Ironside’. 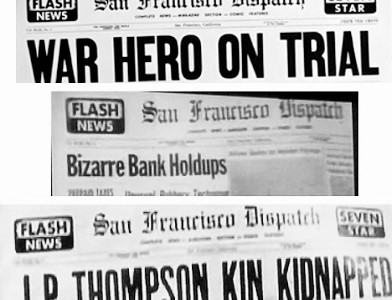 I could have gone with that, with the claim that Kennicut wanted to change its name to the Chronicle, but that local pressure regarding tradition overturned that decision.

But then I saw another episode of ‘Ironside’ with Greg Mullavey as the guest star: 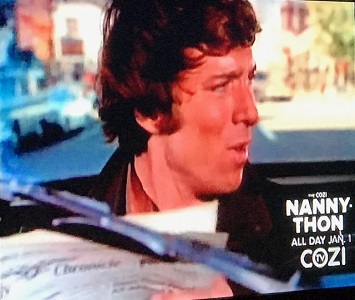 So there it was – a copy of the San Francisco Chronicle.  Now I had the three newspapers that could have been owned by Arthur Kennicut – the Kennicut Chronicles.

This is O’Bviously a Birthday Honors List membership, based on my desire to cement connections between shows which never existed before. 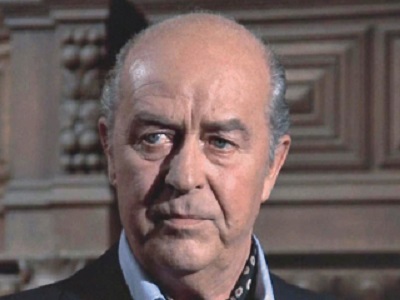 Welcome to the Crossover Hall of Fame, Arthur Kennicut!