Memorial Day is a federal holiday in the United States for remembering the people who died while serving in the country's armed forces. The holiday, which is observed every year on the last Monday of May, originated as Decoration Day after the American Civil War in 1868, when the Grand Army of the Republic, an organization of Union veterans founded in Decatur, Illinois, established it as a time for the nation to decorate the graves of the Union war dead with flowers. By the 20th century, competing Union and Confederate holiday traditions, celebrated on different days, had merged, and Memorial Day eventually extended to honor all Americans who died while in the military service. It typically marks the start of the summer vacation season, while Labor Day marks its end.

Many people visit cemeteries and memorials, particularly to honor those who have died in military service. Many volunteers place an American flag on each grave in national cemeteries.
[From Wikipedia] 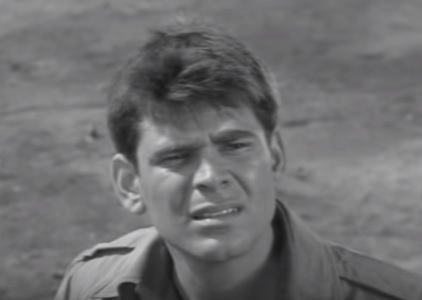 This year for Memorial Day, Toobworld Central is paying tribute to the memory of Private Kelly.  After Braddock disappeared from King Company second squad*, Private Kelly filled the vacuum of the resident wiseguy among the men.  Unfortunately, it was literally a short-lived tour of duty, as Kelly only lasted three episodes.  He met his end from a German's bullet, for want of a shoe.

So we don't now much about Private Kelly.  The actor who played the role was Joby Baker, but I don't think we can count on his personal background for clues about Kelly.  I get the feeling Kelly was a New York City boy, born and bred; but Baker grew up in Montreal, Quebec.  But we don't learn his first name, not even his first initial... as was the case with R. Quincy, M.E.  (Don't try to make the comparison with Lieutenant Columbo.  It was established in the show that his first name was Frank.)

I'd like to think it was a first name which caused him embarrassment, like 'Endeavour' did for 'Inspector Morse'.  But then I'm a baaaad boy....

Here's a quick rundown of the episodes in which Kelly appeared: 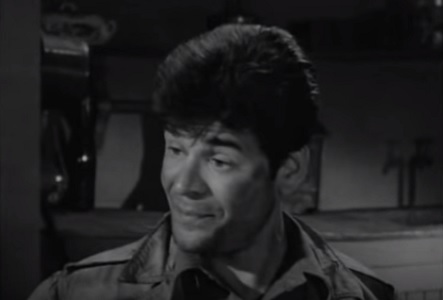 This was Kelly's first appearance, in which a former priest, now a violent tank sergeant, caused problems for King Two in a small French village.  Kelly quickly established his smart-mouthed persona in this one.

[He also has provided me with material to work with in my annual salute to the crossover universe created by Philip Jose Farmer, "The Wold Newton Universe".  I had always been torn about how to reconcile the legend of Tarzan by Edgar Rice Burroughs with his portrayal in the 1960s TV series starring Ron Ely.  The scene with Kelly depicted above has made the decision for me.....]

The title character was a former baseball player named Del Packer.  The player should have been relegated to a desk job, not just to protect the service from any bad publicity should anything happen to him, which was a crippling fear for Packer, but because he proved to be a danger to the other platoon members, especially hero-worshipping Billy Nelson.  (Somehow Billy rose from the dead after this episode and became pretty much a regular of the squad.) 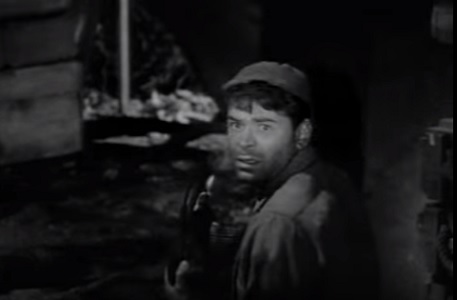 This is one of the most heralded episodes in the show's run, directed by legendary film director Robert Altman.  It would also prove to be his last for the series (He did at least ten episodes.), for he was fired over how controversial and experimental it looked.

With this episode, in which the focus was mostly on Sgt. Saunders' pain-fueled journey through the countryside, we said goodbye to Private Kelly.  While King Company was being held prisoner by the Germans, one of the Nazis decided he would take Kelly's boots for himself.  When a fire broke out in the barn in which they were being held, Kelly had no choice but to make a run for it in his stocking feet. 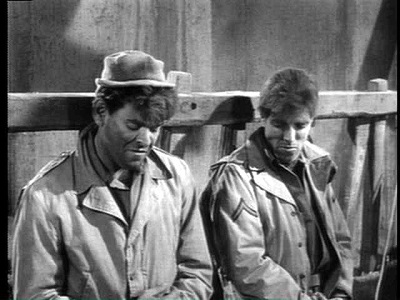 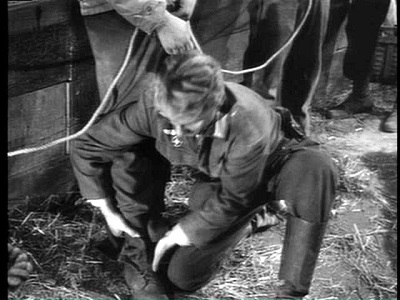 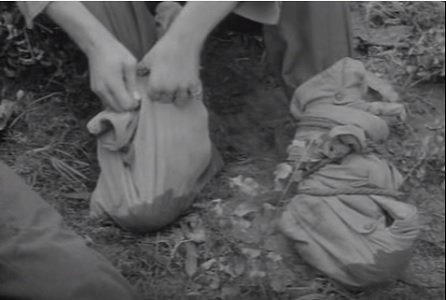 Later, they discovered a German supply tent in which they stocked up on munitions and rations.  Kelly discovered a box full of boots - but instead of grabbing a pair and putting them on later, he dallied in the tent to try them on there.  And unfortunately, that's when a German soldier burst in and caught him, shooting him dead on the spot.  It all seemed so meaningless. 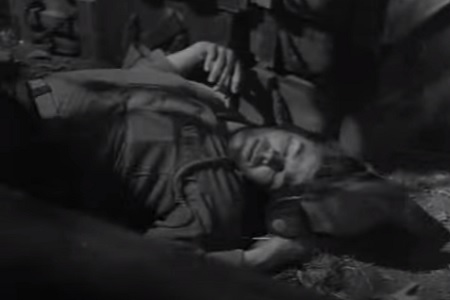 It was a stunning moment for a kid watching 'Combat!' back in the show's syndication days of the late 60s.  American soldiers were supposed to die heroically in combat!  But also, as far I knew at the time, you didn't kill somebody who was a regular on a TV show.  Well, okay, I knew about Margaret Williams on 'Make Room For Daddy' by that point, but this was the first time I actually saw it played out on my TV screen.

It's pozz'ble, just pozz'ble, that before he shipped off to war, Private Kelly left some young lovely back in New York - perhaps even more than one! - with a little something to remember him by.  And by that I mean he could have been the father to at least one illegitimate child who would later grow up to look just like his late, lamented old man.  Fred Staggs, perhaps, as seen in 'The Dick Van Dyke Show'.  (Fred Staggs was a one-shot character, and so not much of his backstory appeared in that episode.  Not so with his role as Dave Lewis, a radio DJ in the sitcom 'Good Morning, World'.  His whole family history could have come out during the course of that series' short run.....)
Joby Baker was born in 1934, and I always like to think that characters are the same age as the actors who played them, unless specified otherwise in the script.  In this case, Kelly would have been 29 when he was killed, born in 1915.  So he could have fathered at least one child when he was 19 years old in 1934, and then any number of characters he played who were his contemporaries on the Toobworld timeline would be the same age as he was.

And with that, we can have several theories of relateeveety to provide a legacy for Private Kelly.

In closing, I'd just like to tip my Toobcap to the memories of all those who gave their all in defense of our country.  Good night and may God bless.....

* Braddock was probably captured yet again by the Germans, but this time for the duration of the war - or what was left of it, since the series took place after D-Day.

My thanks to Jo Davidsmeyer, who has an excellent site dedicated to 'Combat!'.  Without the information I found there, scant though it had to be on such a limited character, this blog post would have been the poorer.