TELE-FOLKS DIRECTORY: THE ROLES OF JOHN FINNEGAN ON "COLUMBO" 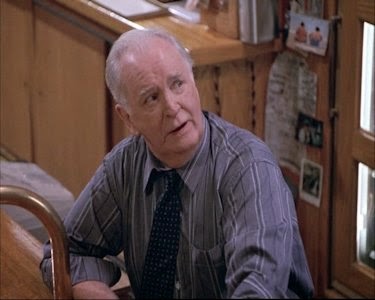 As I've mentioned in the past, I was privileged to meet actor John Finnegan several times in his last years at my place of employ.  He was a charming Irish-American character actor with a glint in his eye and a nearly Runyonesque New York aura.

Mr. Finnegan is perhaps best known for his twelve appearances in 'Columbo'.
He appeared twelve times on the show, but hopefully we can whittle that down to being about five characters......

Although I like to conflate TV characters from different shows into being one character whenever possible, it would just be too illogical to attempt that in the case of John Finnegan's 'Columbo' characters.  Too many different names and occupations to make that feasible.

Here's how that grouping of the episodes would work:
I would have loved to have combined his roles as Duffy and the police chief, showing the rise of his character through the ranks over the years.  It would have been similar to James Strange's humble beginnings from being a constable working with Detective Morse to eclipsing his former superior to become the Chief Superintendant.  Unfortunately his name as Quentin Corbett just had to be revealed.....

There are many TV characters played by the same actor who just have to be accepted as not being the same person and not being related even as "identical cousins".  In fact, 'Columbo' is notorious for this, with other actors like Vito Scotti, Mike Lally, Fred Draper, and with Jack Cassidy, Robert Culp, and Patrick McGoohan appearing several times as murderers.  We just have to accept that fact.....

So let's run down the combinations we do have for John Finnegan's roles on 'Columbo'. 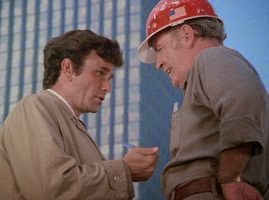 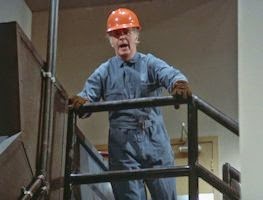 Carl was the foreman on a construction site who met Lt. Columbo during the investigation into the disappearance of Bo Williamson which turned into a murder case.  Deciding to take things easy at that stage of his life, Carl retired from the construction business and instead went to work as another hard-hat: a maintenance man in the hotel where chess champion Tomlin Dudek was tossed into the garbage disposal unit. 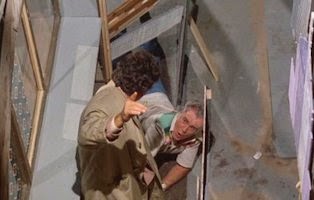 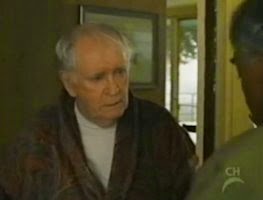 Sean Jarvis had been in show business his whole life, working his way up to becoming the assistant director on the "Detective Lucerne" TV show.  But when the star of that show, Ward Fowler, killed the series' producer, Jarvis found himself looking for work like everybody else on the show.  However, at his age it was difficult to find a new AD position and so Jarvis was forced to retire, which made him irascible and embittered.  In other words, crotchety.  And that's how he acted toward Columbo when the homicide detective was looking into the possible connection between the murder of a tabloid journalist named Linwood Coben and the disappearance of Tony Galper, the son of a reputed mobster. 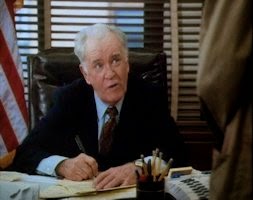 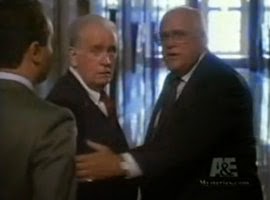 Quentin Corbett is the "identical cousin" of another Finnegan character, Barnard Duffy.  (It's possible that by "cousin" what is really implied is that Corbett and Duffy shared the same father but with two different mothers.)  Both Corbett and Duffy went into the field of police work, with a determined Corbett on the fast track to eventually become police chief for the LAPD.  Corbett was a hard-liner and it was probably after his departure from the job that corruption began to slide into the departmen on the lower levels - best exemplified by Detective Vic Mackey and his crew in the Farmingdale region.  (As seen in 'The Shield')

And now we come to my favorite of these groupings.... 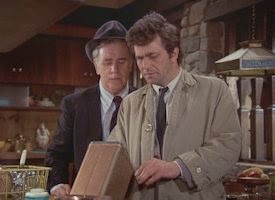 Duffy was a sergeant on the force working with Lt. Columbo during the investigation into Viveca Scott's murder of Carl Lessing.  Perhaps he was riding the coat-tails of Columbo's rumpled raincoat, but he received a promotion to Lieutenant soon after that case and was assigned to the Burglary division. 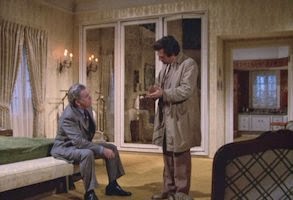 Columbo and Duffy had the chance to work together again on a robbery/homicide case which was meant to look like the work of a notorious jewel thief.  (But in fact the deeds were committed by two other men, one of them being the police commissioner!)

It could be that this case soured Lt. Duffy on being a policeman and since he had his thirty years in already, he decided to retire with an 80%+ pension.

But to supplement his retirement income, Barney Duffy took a job as a guard at the marina where Commodore Otis Swanson was later found murdered.  So once again, Duffy was reunited with Lt. Columbo (although they kept their rapport on a professional level.) 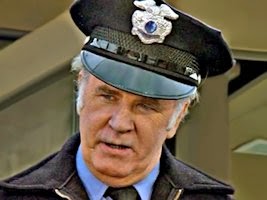 Barney decided to get into another line of work entirely by that point.  Thinking he might like to try running his own restaurant, he noticed that a diner bearing his name was for sale - Barney's Beanery.  Based on previous raves by Columbo about the joint and seeing this as a good omen, Barney bought the diner.  At least he wouldn't have to change the name of the place! 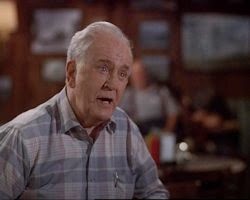 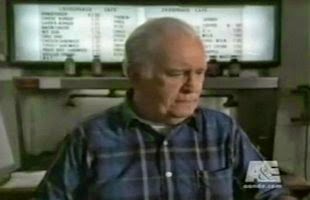 Barney Duffy contacted Columbo to let him know about the Beanery's new management and Columbo made sure to become a regular there once more...... 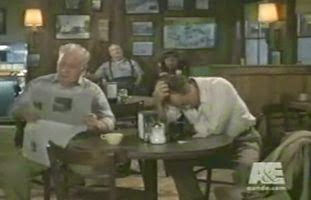 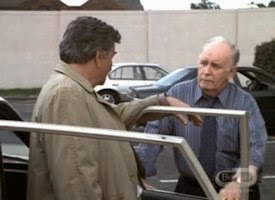 John Finnegan was born on this date in 1926 and this is another tip of the hat to a man I was privileged to meet, giving me a personal link to the world of my fifth favorite TV series of all time. 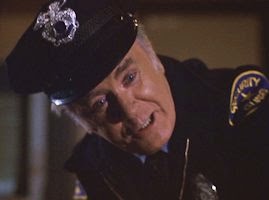 PS:
This post would not have been as successful were it not for this Tumblr page celebrating Mr. Finnegan's roles on 'Columbo'.

Don't Call me a Feminist said...

The only complaint I have about Columbo is that they kept bringing back the same character actors who appeared in different roles. It was confusing. I think they should have used different actors for each episode. Particularly galling was John Finnegan who played a bar tender, security guard, every thing you could think of. It was irritating to see the guy recycled. I'm sure he was a good guy in private life and probably had a contract with Universal to appear in various shows, but in 17 different Columbos there was John! Like a bad penny he kept showing up and it took away from the realism of the series. Anyone else notice that?